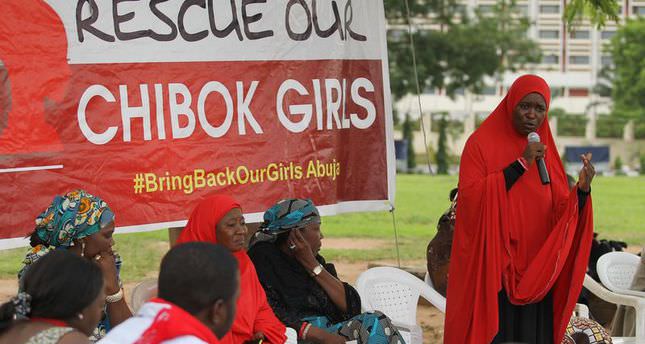 by AA Jul 07, 2014 12:00 am
Sixty-three women have reportedly escaped from their Boko Haram abductors after two weeks in captivity, according to local media.

Quoting local vigilante official and unnamed security agent, the local newspaper Punch said the women had escaped after their captors had left their camp on Friday on a mission that had led to a faceoff with the military.

The Nigerian army had confirmed in a statement on Saturday that more than 50 militants had been killed during a daring attack on an army post in the restive Borno State.

Six soldiers also died in the encounter, it added.

The women were reportedly kidnapped by Boko Haram from Kummabza village in the Damboa local government area of Borno two weeks ago.
Neither the central government nor the Borno local authorities had confirmed the abduction.

A committee set up by the Borno government to verify the abduction is yet to make any finding public.

Defense spokesman Chris Olukolade told Anadolu Agency he is "not aware" of neither the abduction nor the purported escape.

"Our findings did not indicate that anyone was abducted and it was what we told the media when it was first reported," he added.

On April 14, Boko Haram militants abducted dozens of schoolgirls in Chibok town of Borno. Only about 54 of the girls have returned, while authorities say about 219 remain missing.

Boko Haram kingpin Abubakar Shekau had since claimed responsibility for the abduction, and offered to exchange them only with some of his fighters currently detained by the government.