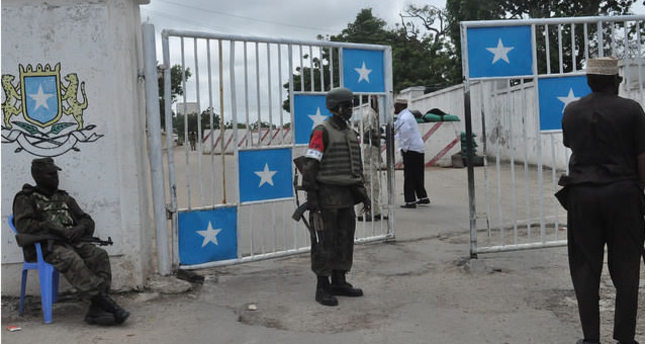 by reuters
Nov 16, 2014 12:00 am
Al Shabaab militants said they had launched mortars at Somalia's presidential palace in the capital Mogadishu on Sunday, but a spokesmen for the Somali government and the police said none had landed inside the compound.

"We have fired several mortar rounds on the presidential palace, and we will give details later," Abu Musab, the spokesman for al Shabaab's military operations, told Reuters.
Last Update: Nov 17, 2014 9:44 am