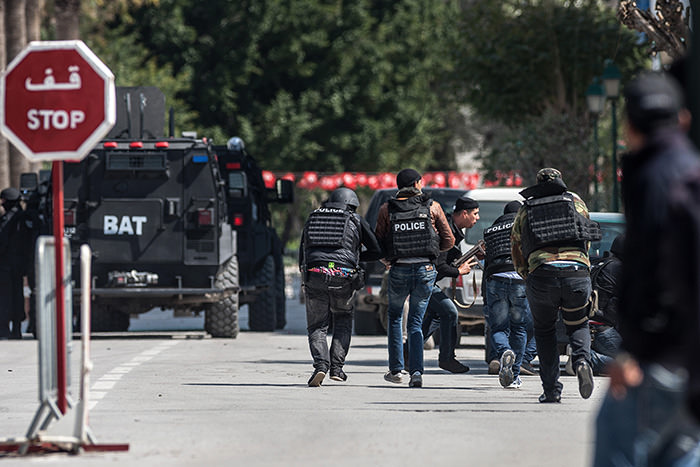 by Daily Sabah with Wires Mar 18, 2015 12:00 am
A total of 23 people, including 17 tourists, were killed in an attack on Wednesday by unidentified gunmen on a local museum in the Tunisian capital. The attack left more than 40 people injured.


Italian, German, Polish and Spanish tourists were among those killed in the museum attack, the Prime Minister told the reporters on Wednesday. Two gunmen, a Tunisian civilian and a policeman were also killed when security forces stormed the building in an effort to end the hostage crisis.

The assailants are "probably" Tunisian, according to the interior ministry spokesman. The authorities gave no further details about the attackers but said there could be two or three accomplices still at large.

The gunmen stormed the Bardo National Museum, located adjacent to the parliament building, where they took several tourists hostage, and killed some of them.