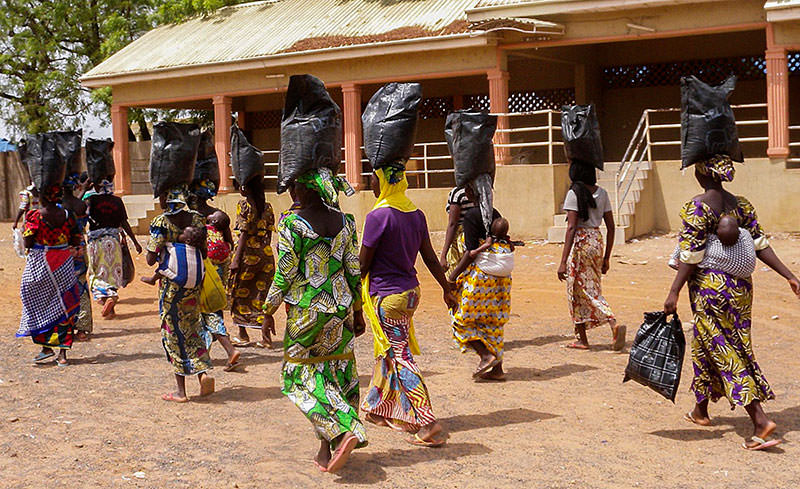 Nigerian Internally Displaced Persons who fled areas of conflict waged by Boko Haram militants carry food supplies on their heads as they walk away from a special prayer session for the abducted Chibok girls held at St (EPA photo)
by Apr 29, 2015 12:00 am

The Nigerian military said on Tuesday it has freed 200 girls and 93 women from the hands of the terrorist group Boko Haram.

But the more than 200 girl students kidnapped from their school in the town of Chibok more than a year ago were not among those freed, according to army spokesman Colonel Sani Usman as quoted by the Nigerian newspaper This Day.

Military spokesman Chris Olukolade announced the successful liberation of 293 females earlier on Twitter. The army rescued them in the region of Sambisa forest.

Officials were interviewing the victims to determine their identity.

The kidnapping of the 200 students from the north-east Nigerian community of Chibok provoked worldwide outrage.

Boko Haram kidnaps young girls and forces them into marriage or keeps them as slaves.

"The rescue of 200 girls, wherever they come from, is to be welcomed," Brown said.

"Now I issue a plea: Let us bring an end to the abductions and kidnappings and work to ensure all of those who have been taken by Boko Haram are set free."