Obama gets warm welcome in Kenya, for first presidential trip to father's homeland 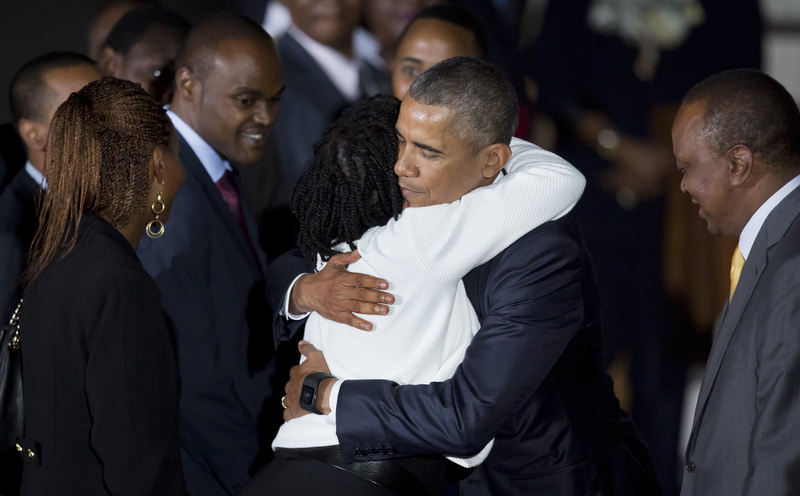 by Compiled from Wire Services Jul 24, 2015 12:00 am
The President of the U.S., Barack Obama received a warm reception as he arrived in Kenya, his father's and ancestor's homeland, on Friday for the 6th Global Entrepreneurship Summit in Nairobi.


Obama gathered with members of his extended family in Nairobi and kicked off his two day presidential visit to his father's native Kenya.

Obama's familial connections to the East African nation were on display as soon as Air force One touched down in Nairobi, with the president's sister Auma Obama among those assembled to greet him.

The pair shared a warm embrace, before heading to a hotel where America's first black president met more members of his extended family for dinner. 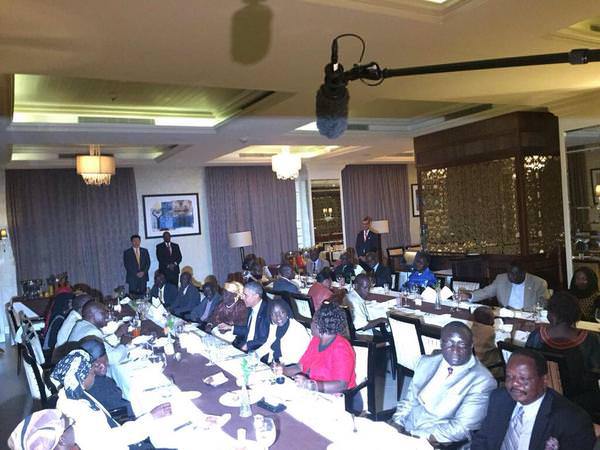 Among those gathered were his step-grandmother, Mama Sarah, whom he calls "Granny".

Obama is linked to his Kenyan family via his father Barack senior, a pipe-smoking economist who Obama has admitted he "never truly" knew.

He walked out when Obama was just two and died in a car crash in Nairobi in 1982, aged 46.

Obama senior had worked in the government of Jomo Kenyatta, who led Kenya at independence from Britain until his death 14 years later in 1978.

The two men did not get on well, with Kenyatta -- the father of Kenya's current president Uhuru Kenyatta -- sacking Obama senior, and blackballing him for further government jobs, an ostracisation that would help fuel alcoholism.

Obama is not expected to visit the small town in Western Kenya where his father was born and is buried.

This is Obama's first trip to Kenya since becoming president.

Obama's plane landed at Jomo Kenyatta International Airport around 8 pm local time. Upon his arrival, he was welcomed by Kenyan President Uhuru Kenyatta and his son Muhoho Kenyatta.

Kenyans lined up the streets of Nairobi to welcome Obama during his first visit to the country as a U.S. president.

Obama will officially open the summit on Saturday before heading to the site of the 1998 U.S. embassy bombing where he will lay a wreath.
Last Update: Jul 25, 2015 2:01 am
RELATED TOPICS