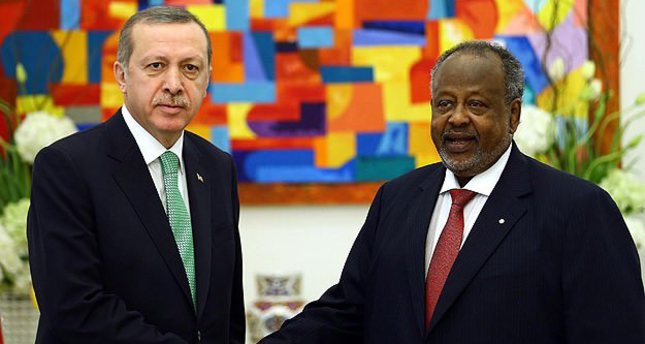 by Anadolu Agency Oct 18, 2015 12:00 am
Turkey is an "important partner" for peace and development in Africa, Djiboutian President Ismail Omar Guelleh said Saturday.

In an exclusive interview with Anadolu Agency, Guelleh condemned last week's terrorist attack on a peace rally in Turkish capital Ankara that left more than 100 people dead and hundreds others injured.

The attack has shaken Turkey in the run-up to a Nov. 1 general election. Counter-terrorism operations against PKK terrorist organization, meanwhile, remain ongoing in the country's southeast as a civil war continues to rage in neighboring Syria.

Guelleh stressed that East Africa's partnership with Turkey would serve to defeat such terrorist acts conducted by various terrorist organizations.

Guelleh also reiterated his country's support for an ongoing air campaign by Saudi Arabia and its Arab allies against the Shia Houthi militant group in Yemen.

The Djiboutian president praised Saudi Arabia, saying the kingdom was battling the Houthis for the sake of peace in the Middle East.