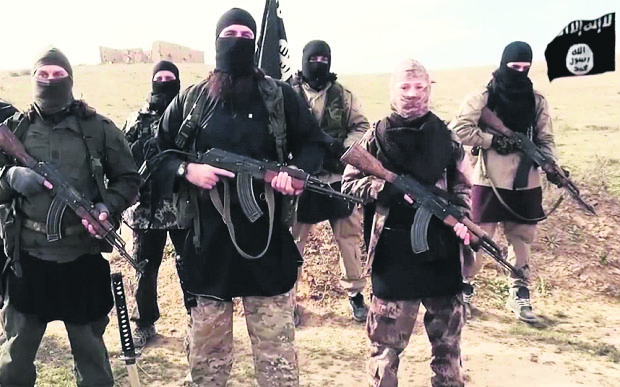 A report, published by a group of experts revealed that as many as 3,000 DAESH militants are fighting to take over the power in Libya, the conflict-torn North African country that has suffered from political absentia since 2011

DAESH has between 2,000 and 3,000 fighters in Libya and has demonstrated its intention to control more territory in the strategically located North African country but it is only one player among multiple warring factions, United Nations experts said in a report Tuesday. The experts monitoring U.N. sanctions against al-Qaida and spinoff groups said in the report to the U.N. Security Council that DAESH is benefiting from its "appeal" and notoriety in Iraq and Syria and poses "an evident short and long-term threat in Libya." The group's central command views Libya "as the 'best' opportunity to expand its so-called caliphate" from Syria and Iraq, the experts said. The 24-page report cautioned, however, that the group "faces strong resistance from the population, as well as difficulties in building and maintaining local alliances" and stressed that its threat "needs to be realistically assessed." Nonetheless, the experts said there is concern at the spread of DAESH in Libya, given the country's strategic location on the Mediterranean Sea and its use as a transit point in North Africa. More territory would not only enable DAESH and al-Qaida-linked groups to further influence ongoing conflicts in North Africa and the Sahel but give the extremists a new hub outside the Middle East, they said. Eight independent experts appointed by Secretary-General Ban Ki-moon to monitor sanctions against Al-Qaida and DAESH wrote the report.

The United Nations has been pressing the rival governments to form a national unity government, so far unsuccessfully. The international community views a united government as the first step toward addressing the threat posed by extremist groups, and the perilous migration by tens of thousands of asylum seekers across the Mediterranean from Libya to Europe. The report said the current political and security challenges in Libya have provided an opportunity for DAESH and al-Qaida-linked groups including Ansar al-Sharia, which took part in the 2012 attack on the U.S. consulate in Benghazi, al-Qaida in the Islamic Maghreb known as AQIM, "to opportunistically exploit and complicate an already difficult situation on the ground." It said Ansar Al-Sharia in Benghazi and Ansar Al-Sharia in Derna "seem to have weakened" since DAESH established a foothold in Libya, due to the loss of fighters who either joined DAESH or were killed during clashes with its militants. AQIM, Al-Mourabitoun which carried out attacks in Mali last month, and Ansar Al-Sharia in Tunisia, "continue to use the country as a rear base for their operations in the region," the report said. The panel said senior leaders of AQIM, which has taken advantage of the turmoil in Libya since 2011, see the growing appeal of DAESH as serious competition for their group.

According to the experts, DAESH in Libya is the only known affiliate to benefit from support and guidance from DAESH headquarters. They cited two reasons around 800 Libyans who previously fought for DAESH in Syria and Iraq are now fighting for DAESH in Libya, and the group's leaders continue to send emissaries from the Mideast to Libya with instructions. The panel said the relatively quick establishment and expansion of DAESH in Libya was a surprise to many local groups. In addition to the returning Libyan fighters, it said DAESH has benefited from a sizable contingent of fighters from the Maghreb and a significant number of defectors from local Libyan groups. Several U.N. member states told the experts "that in total (DAESH) has no more than 2,000-3,000 fighters in Libya," with about 1,500 now in Sirte, the report said. DAESH fighters took control of Sirte in February but the group has faced "strong resistance from armed residents" and sporadic clashes continue, it said.

Libya has suffered from a chronic absence of security as various actors have emerged. The powerlessness of the central government has led many people to take up arms against the government. State security forces have also failed to protect the government, leaving the country unprotected and open to heavy clashes between rival militias trying to gain authority over the government and the country. Peace and political stability seems far off as no rival militias have been strong enough to put an end to the ongoing war. The central government, in a state of continued turmoil, has long been at the mercy of militias that hope to integrate and build a national army against the interim government. After Moammar Gadhafi's ouster, the army has disintegrated, and the central government has gradually lost its power without having much effect on the ongoing violent clashes between armed forces loyal to Haftar and militia groups that serve as part of Libya's regular army in the eastern city of Benghazi. As many militant groups have taken up arms against the fragile central government, the government has decided to hold an early election in June to replace the interim government through democratic methods. However, the problem is that there are no well-established political groups to play a role in holding democratic elections amid the rising unrest.
RELATED TOPICS