Dozens killed in Burundi in one day, army says 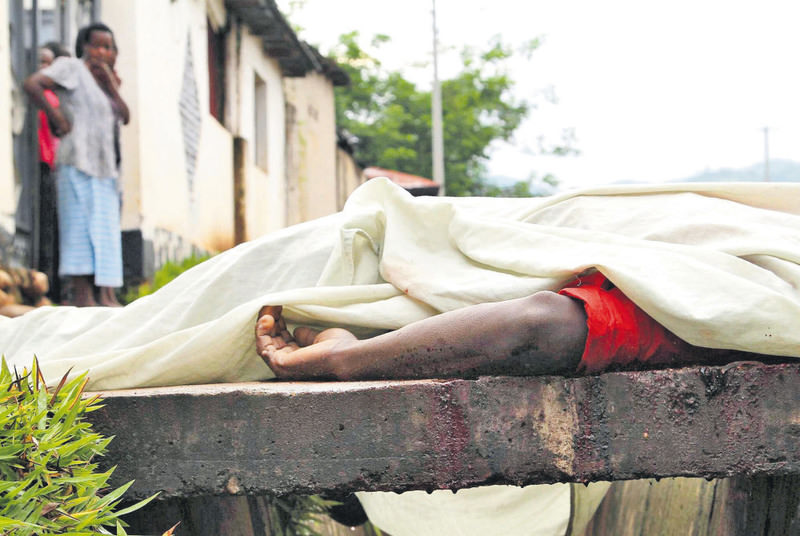 by Associated Press Dec 14, 2015 12:00 am
Violence from coordinated attacks on three Burundian army installations killed 87 people, an army spokesman said Saturday, showing the escalating turmoil over the disputed third term of President Pierre Nkurunziza. More than 150 armed men raided the army facilities Friday and 79 of them were killed, army spokesman Col. Gaspard Baratuza said Saturday. Eight security agents, four from the army and four from police, also died in the fighting and 21 security officers were wounded, he said. Baratuza said forces arrested 45 members of the unidentified group that attacked the military installations. A climate of fear has engulfed the capital, Bujumbura, after the sounds of battle could be heard throughout the day Friday and overnight. Residents hid in their houses leaving only security personnel patrolling the streets.

Hundreds of people opposed to the president's third term have been imprisoned since April when it was announced that Nkurunziza would stand for a third term, sparking months of violent street protest and a failed coup. Many Burundians and the international community have opposed Nkurunziza's third term as unconstitutional and in violation of a peace accord. The treaty ended a civil war in which 300,000 people were killed between 1993 and 2006. At least 240 people have been killed since April and about 215,000 others have fled to neighboring countries, according to the United Nations.
RELATED TOPICS