Unity government aims to save Libya, but has to overcome internal problems 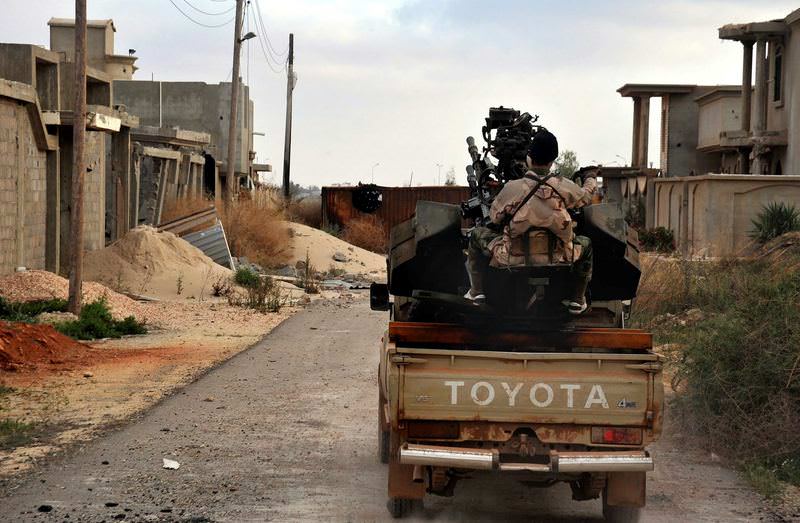 The United States, Europe and United Nations have all pinned their hopes for resolving Libya's chaos and blocking DAESH's growth there on a newly announced unity government. The problem is: It's not clear how the government can actually get into the country. The unity government, brokered by the U.N. and headed by a little-known Libyan technocrat, Fayez Serraj, is supposed to replace the two rival administrations one based in the capital Tripoli, the other based in the eastern city of Tobruk that have been battling each other for more than a year, each one backed by an assortment of militias. But the Tripoli-based government and some of its allied militias said this week they will never allow the new administration whose members are currently in neighboring Tunisia into the capital. "We say it has no place among us," Khalifa Ghweil, the Tripoli-based prime minister, said in a statement. He said the unity government was "imposed from the outside" and his administration will never let in a leadership "installed" by the United Nations. Serraj told a Libyan TV channel Thursday night that he would be in Tripoli within days.

Meanwhile, the Tobruk-based parliament, which is the one recognized by the international community, still hasn't formally approved the U.N. deal. While some members support Serraj's government, others outright reject it, viewing it as a compromise to their Tripoli rivals. Most significantly, eastern-based strongman Khalifa Hifter, a general who commands a force of army units and militias that has been battling militants allied to Tripoli, has remained silent on the deal and many of his loyalists oppose it.

European nations are divided on how to act, even as they and Washington step up their warnings over the threat from DAESH, which has taken advantage of the chaos to set up a powerful and expanding branch. There has already been some low-level, behind the scenes military intervention. U.S. Special Forces have been on the ground, working with Libyan officials, and U.S. warplanes have carried out airstrikes. Libyan officials say small teams of French, British and Italian commandos are also on the ground. But Europe and the United States say they want the unity government, known as the Government of National Accord, in place so they can support it militarily to put down DAESH leaving open the question of how to get it into place. European countries are considering sanctions against several politicians accused of undermining it, including Ghweil and the head of the Tripoli-based parliament, Nouri Abu Sahmain, and the head of the Tobruk parliament, Agila Saleh. But the EU is still debating the sanctions.

But there is no guarantee that the other factions will back down. So what is a war between two rival governments backed by militias risks becoming a war among three rival governments, none of which recognize the others yet another permutation to the chaos that Libya has seen since the ouster and killing of longtime dictator Moammar Gadhafi in the 2011 civil war.

On Thursday, the U.N. envoy who has led the negotiations over the unity government, Martin Kobler, said it is vital that Serraj and his leadership move into Tripoli and that the two rival governments "cease to exist," but did not say how to bring it about. He urged the Tobruk administration to throw its backing to Serraj to legitimize it. "The situation in Libya is urgent," he said during a visit to Cairo meeting Arab League officials. "DAESH is expanding, the economic situation going from bad to worse." Using an Arab acronym for the militant group, he warned, "Daesh don't discuss agreements ... they just take territory every day and they expand if nothing is done." The Government of National Accord was the result of months of negotiations including members of both the Tripoli and Tobruk parliaments, held in Morocco. It created a presidential council headed by Serraj that would set up a cabinet and take control of the military, which is fragmented but largely backs Hifter in Tobruk.

The Tobruk House of Representatives is split into three blocs over the U.N. deal. One bloc supports it. Another is pursuing a separate track of negotiations. The third opposes it entirely, saying it cannot join ranks with 'terrorists'. The opponents have been encouraged by victories by Hifter's forces, which largely defeated militias including DAESH fighters and pro-Tripoli militias battling them for control of Benghazi. That has fueled their belief that they can outright defeat the pro-Tripoli militias without having to reach a deal with them. "There are pressures on the parliament to let this unity government pass. They want us to unite with terrorists and militias in Tripoli," one Tobruk lawmaker, Ali al-Takabali. He predicted the Serraj government will eventually collapse, and can "go to hell." "This unity government is carrying the seeds of (its own) death within it."