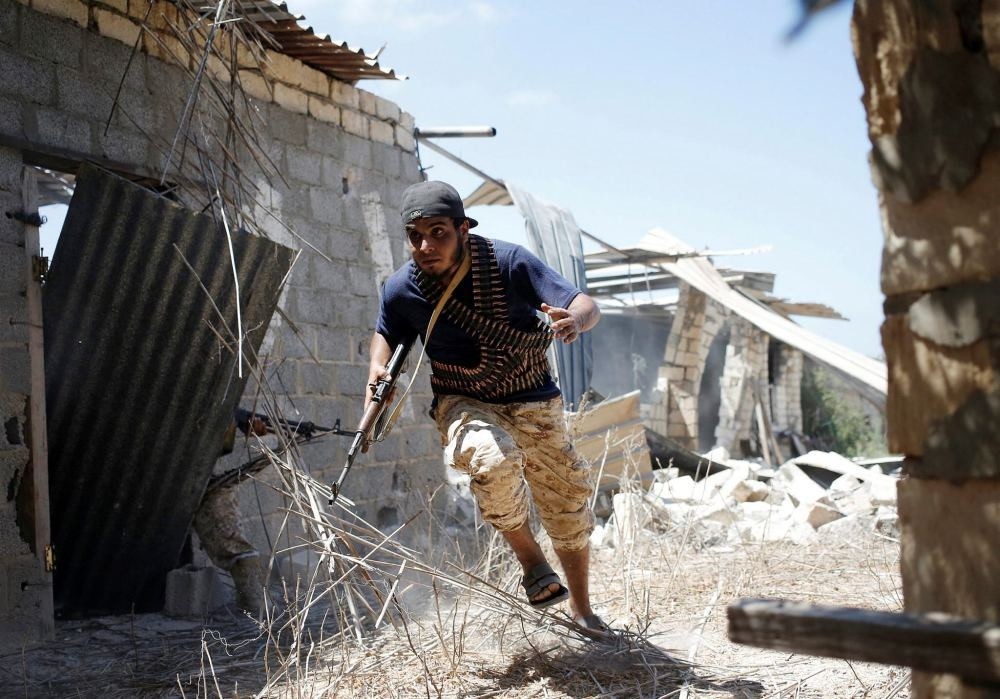 A fighter for the U.N.-backed government runs for cover during a battle with DAESH in Sirte.
by Daily Sabah with Wires Aug 03, 2016 12:00 am

The U.S. has carried out its first airstrikes in Libya against DAESH as the militant group has been using the already troubled country as a base. Following the airstrikes, forces loyal to the U.N.-brokered Libyan government made advances in Sirte

The United States launched multiple airstrikes against DAESH militants in Libya on Monday, opening a new, more persistent front against the group at the request of the United Nations-backed government, Libyan and U.S. officials said. Fayez Serraj, the head of Libya's U.N.-brokered presidency council, said in a televised statement that American warplanes attacked the DAESH bastion of Sirte on the Mediterranean in northern Libya. No U.S. ground forces will be deployed, he said. The precision strikes, which targeted a DAESH tank and vehicles, come amid growing concerns about the group's increased threat to Europe and its ability to inspire attacks across the region, even though its numbers have been shrinking because of attacks from local forces and allied international troops. "The presidency council, as the general army commander, has made a request for direct U.S. support to carry out specific airstrikes," Serraj said. 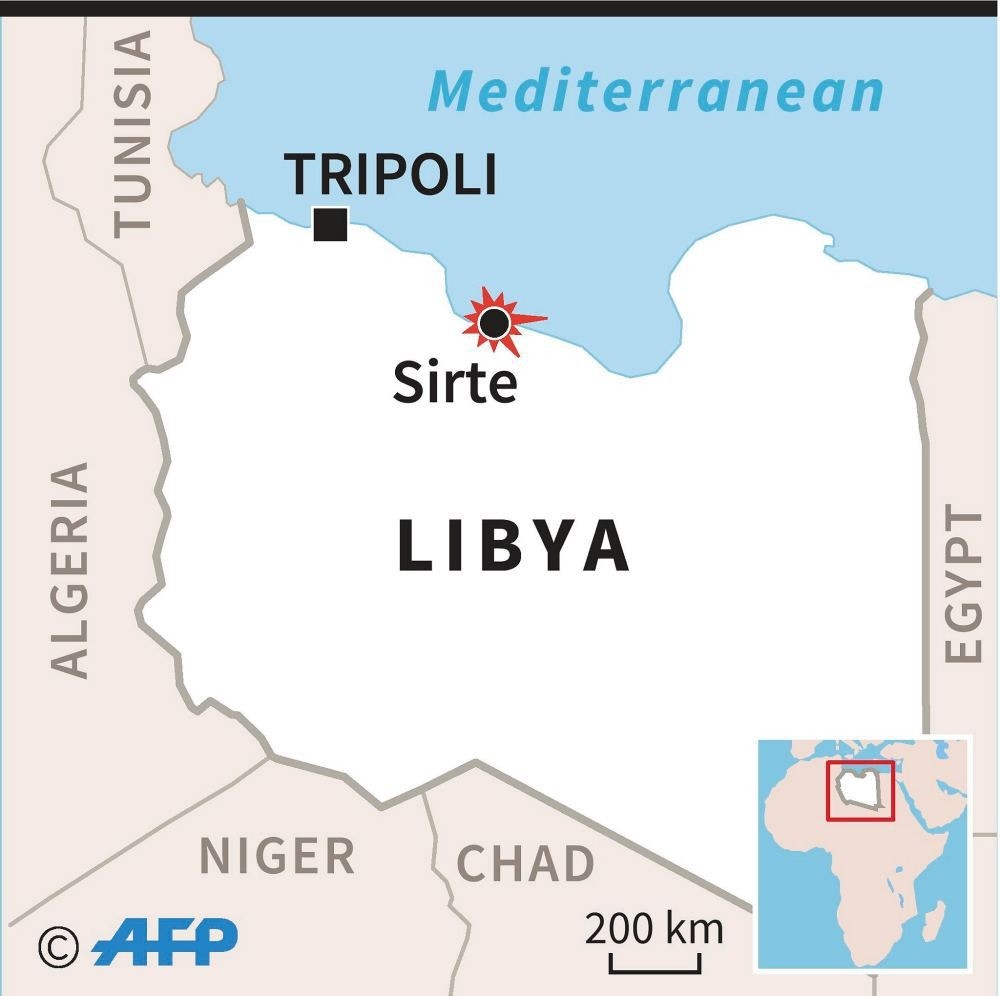 "The first strikes started today in positions in Sirte, causing major casualties." The strikes mark the start of a more intense American role in the fight against DAESH in Libya, as the U.S. steps in to assist the fragile, U.N.-backed government. They were the first strikes by the U.S. on the group in Libya since February, and they are expected to continue. But officials said they expect the air campaign will last weeks, not months. Obama's authorization for action in Sirte covers strikes, intelligence and surveillance, but not ground operations, according to a White House official, who wasn't authorized to speak publicly about the strikes and requested anonymity. Serraj said his government is joining the coalition against DAESH, adding, "This is the time for the international community to live up to its promises to the Libyan people." He also noted that the strikes will not go beyond Sirte and its surroundings. He said any other foreign intervention is not allowed without coordination. His warning comes after several French commandos were killed fighting DAESH militants. U.S., French, British and Italian special operations forces and military experts have been assisting Libyan troops fighting DAESH militants in eastern and western Libya.

Pentagon press secretary Peter Cook said President Barack Obama authorized the strikes following a recommendation from Defense Secretary Ash Carter and Gen. Joseph Dunford, chairman of the Joint Chiefs of Staff. Cook told reporters that U.S. Africa Command will coordinate any strikes with the Libyans and that the new air campaign will last as long as the Libyans request assistance to eliminate DAESH from Sirte. The U.S. is also providing airborne surveillance and intelligence. And a small team of U.S. special operations forces is in an operations center in Libya, outside of Sirte, to help coordinate the airstrikes, according to U.S. officials who were not authorized to discuss the matter publicly so spoke anonymously. Mohammed al-Ghasri, the commander of a pro-government militia, said his forces gave target coordinates of DAESH positions to the U.S. While there are no U.S. ground forces being used in connection with the latest strikes, Cook would not comment on whether other American special operations forces are currently in Libya. They have been routinely moving in and out of the country, meeting with Libyan groups.

Forces loyal to Libya's unity government have advanced inside Sirte after the airstrikes. Fighters backing the Government of National Accord (GNA) seized the central district of Al-Dollar after clashes that killed five of their members and wounded 17, they said on social media. The Tripoli-based GNA launched an operation in May to retake Sirte. On Monday, GNA head Fayez al-Sarraj visited pro-government forces in Misrata, 190 kilometers to the northwest of Sirte, a statement said. More than 300 pro-GNA fighters have been killed and more than 1,500 wounded since the beginning of the battle for Sirte, according to medical sources in Misrata.

U.S. officials earlier this year estimated there were as many as 6,000 DAESH insurgents in Libya, including some who have abandoned Syria. But in recent months, officials say, their numbers in Libya have dropped and the group is weakening there under pressure from local militias and the U.N.-brokered government. Two weeks ago, U.N. Secretary-General Ban Ki-moon said DAESH militants in Libya are facing the "distinct possibility" of defeat in their last stronghold. And Dunford estimated in mid-July that there were only a few hundred militants still inside Sirte, which the group has used as a headquarters. "I don't think there is any doubt that DAESH in Libya is weaker than it was some months ago," said Dunford, adding, "They've suffered significant casualties in and around the Benghazi area." In February, American F-15E fighter-bombers struck a DAESH training camp in rural Libya near the Tunisian border, killing more than 40. And in November, a U.S. airstrike killed a top DAESH leader in Libya.