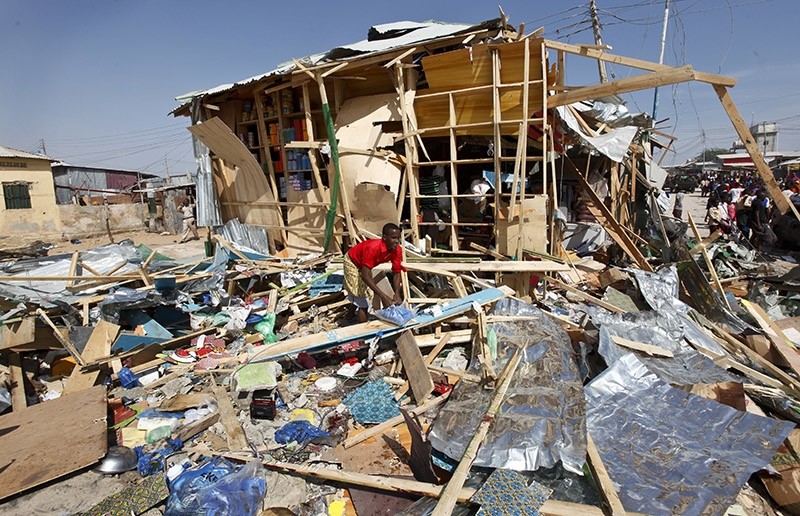 Twenty people were killed and dozens more were injured in a bomb attack near a public market in the Somali capital of Mogadishu on Sunday.

Mogadishu Mayor Abdulffettah al-Haleni told reporters that a bomb-laden truck had exploded at the crowded market in the Madina district of the capital.

According to initial findings, 20 people were killed and dozens injured as a result of the blast, with the wounded being taken to surrounding hospitals.

According to information from eyewitnesses, the attack took place at the busiest time of the day in the market.

No group has yet assumed responsibility for the blast, but the extremist rebel group, al-Shabaab, is known for carrying out such attacks.

It is worth noting that al-Shabaab recently denounced Somalia's new President, Muhammed Abdullah Fermacu, calling him "evil-minded" and vowing to continue fighting against the government.