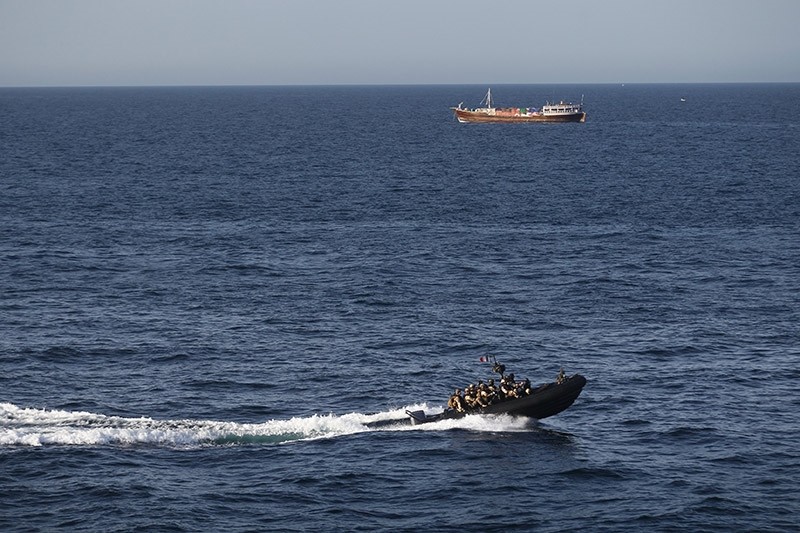 Somali pirates have seized an Indian vessel carrying 11 crew members, the ship's owner said Monday, the third such hijacking in less than a month as piracy resurges in the country.

The "Al Kausar" cargo ship was carrying items such as wheat and sugar from Dubai via Yemen to Somalia's Bossaso port when it came under attack, owner Isaak Them told AFP.

"The vessel was hijacked on Friday (March 31) from mid sea. One of the crew members called me on Saturday evening and informed me about the hijacking," said Them.

"We have asked those who loaded their goods in the vessel in Dubai to make efforts to salvage our crew and the vessel."

The president of the Kutch Seafarers Association, Adam Them, from the western state of Gujarat where the vessel originated, told AFP that the pirates had already made ransom demands.

"We got a call from one of the crew members today that the pirates have demanded money from the owners of the goods in the vessel," he said.

"Negotiations are on. The crew member further informed that five gunmen were onboard the vessel ... However, nobody has been hurt."

Mohamed Samater, a security official from Puntland on the northeastern tip of Somalia, confirmed that a ship had been hijacked.

"We have been informed about another hijack of a ship ...but we don't have the details yet, the pirates boarded the ship with more than ten crew members on-board," he said.

On March 13, pirates seized the Aris 13 oil tanker and eight Sri Lankan hostages in the first such incident since 2012, but released them four days later.

A week later a local cargo dhow was hijacked and taken out to sea, with the Oceans Beyond Piracy NGO warning it may be used as a "mother ship" for further attacks against larger vessels.

Village elders said last month that the attack on Aris 13 was driven by anger over illegal fishing.

John Steed -- a former British army officer with Oceans Beyond Piracy, who has spent years negotiating the release of piracy hostages in Somalia -- has warned that the presence of foreign vessels emptying Somali waters could reverse the gains against piracy.

He told AFP last month that while the international community had taken steps to boost security, "the one thing that's not really been addressed is the real root cause of this, which is poverty and the lack of jobs on the ground."