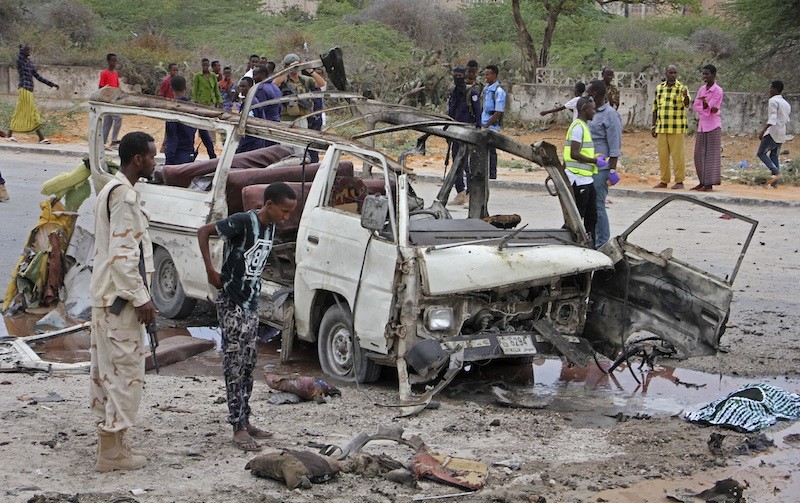 A Somali soldier, left, stands by the wreckage of a passing minibus that was destroyed in a suicide car bomb attack near the defense ministry compound in Mogadishu, Somalia Sunday, April 9, 2017. AP Photo
by Anadolu Agency Apr 09, 2017 12:00 am

At least 13 people have died and 10 others were wounded in a suicide attack aimed at Somalia's new armed forces commander Sunday, according to officials.

Ahmed Nur Ahmed, a security official in the Daynille neighborhood in the capital Mogadishu, told Anadolu Agency that the car bomb attack near the Internal Security Ministry happened when new commander Mohamed Ahmed Jamali left a handover ceremony for his new duties in a convoy.

According to Ahmed, Jamali is in good condition.

On its website, the al-Shabaab terrorist group claimed responsibility for the attack.

Over a week ago, reassignments took place between senior officials of the Somalian army, including the commander of the armed forces, joint operations chief, and positions at the intelligence and police departments.