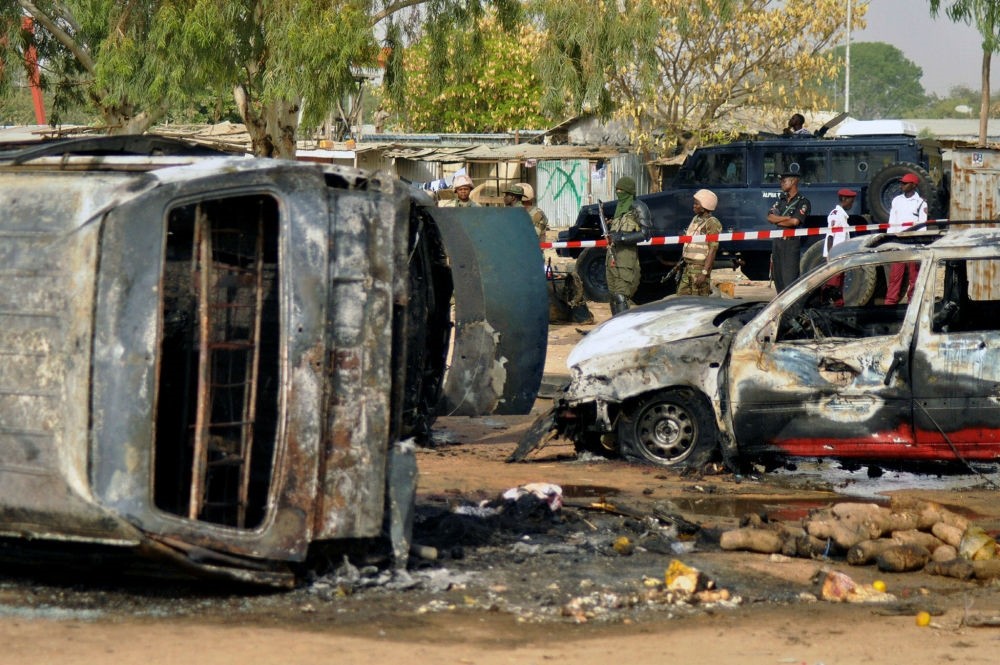 Boko Haram is accused of increasingly forcing children to carry out bombings, with the number of attacks since January already nearly reaching the total for all of last year, UNICEF reports

On the third anniversary of the mass abduction of Chibok schoolgirls by Boko Haram, an "alarming" number of children, most of them girls, have been used by Boko Haram as suicide bombers in the first months of 2017, the United Nations Children's Fund (UNICEF) said yesterday.

UNICEF says at least 117 attacks have been carried out by youth in the Lake Chad basin region since 2014, with nearly 80 percent of the bombs strapped to girls, who were sometimes drugged before their missions.

The very sight of children near marketplaces and checkpoints is sparking fear, according to Marie-Pierre Poirier, UNICEF's regional director for West and Central Africa. As a result, nearly 1,500 children were detained last year across Nigeria, Cameroon, Niger and Chad.

"These children are victims, not perpetrators," Poirier said. "Forcing or deceiving them into committing such horrific acts is reprehensible."

UNICEF emphasized that beyond the high-profile Chibok abductions, the practice of kidnapping children and forcing them to associate with the armed group has been prevalent.

"Young girls are spotted in the markets, and nighttime raids drag them from their beds. In some cases, parents are killed in front of the girls during the process," it said. "This is typically followed by an extended journey to a Boko Haram base in the forest where the girls are forced into early marriage and sexual slavery."

UNICEF also called for community reintegration of children who were once under Boko Haram's control, saying many are stigmatized and feared. However, a $154 million appeal last year for the Lake Chad basin region remains only 40 percent funded, the agency said.

Last year, Amnesty International warned in a May report that children were dying in the Giwa barracks detention center in Maiduguri, northeast Nigeria. "Babies and young children have died in appalling conditions in military detention," said the rights organization.

On Monday, the Nigerian army released nearly 600 children, women and elderly from Giwa barracks described as a "major step" by aid agencies toward the protection and reintegration of the children back into society.

Boko Haram's mass abduction of more than 276 girls from a boarding school in Chibok in the northeastern state of Borno on April 14, 2014 has sparked world-wide protests. The girls remain captive, and the group still threatens to keep up abductions mainly targeting girls. A few of the abducted girls who managed to escape told Human Rights Watch, an international human rights organization, that "they and many other female captives were subjected to abuses including forced marriage and rape."

Dozens quickly escaped, and 21 were freed in October through negotiations with Boko Haram mediated by the Swiss government and the International Committee of the Red Cross. The Nigerian government denied a ransom was paid and that it freed some detained Boko Haram fighters in exchange for the girls. At that time, officials said they were pressing on with negotiations and expected the release of a second group but no more have been freed.

Children, mostly girls, have been "deliberately targeted" by militants as girls "have been subjected to forced marriage, forcible religious conversion, physical and psychological abuse." They have also been coerced to becoming suicide bombers as a new strategy of Boko Haram, after abducting thousands of children over the past five years and using them as porters, slaves and fighters.

Boko Haram has been largely weakened since Nigerian President Muhammadu Buhari came to power in 2015, but the Lake Chad region remains unstable with some areas still completely inaccessible. Since Boko Haram started to launch its deadly assault in 2009, the conflict has killed more than 20,000 people and displaced more than 2.6 million from their homes.
RELATED TOPICS