US will not fight piracy in Somalia, Defense Secretary Mattis says 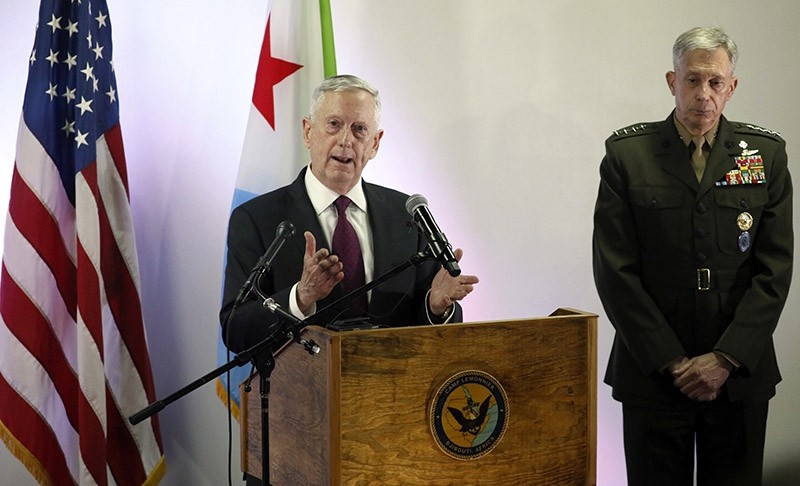 Senior U.S. officials informed the public during news conference in the East African nation of Djibouti Sunday that piracy was on the rise off the coast of Somalia, but added that the U.S. was not yet considering to undertake special measures.

U.S. Defense Secretary Jim Mattis' visit to the U.S. military base in Djibouti was the first time that a high-ranking U.S. official of the Trump administration had visited Africa, according to Washington Post.

Mattis said that there had been an uptick in piracy during the past months, but that he believed this increase did not yet require any significant U.S. involvement, adding that civilian mariners and shipping companies should be on alert.

Mattis came to Djibouti on the grounds of strengthening binational relations with Eastern African countries and increasing the cooperation in the field of security operations.

Attacks in the Gulf of Aden peaked in the period from 2010-2012, with more than 230 attacks reportedly taking place in 2011 alone. Attacks began to recede due to increased security measures and additional patrolling by European and U.S. naval ships. However, six attacks on commercial ships, including the hijacking of an oil tanker, were reported during the past weeks.

General Thomas Waldhauser, commander of AFRICOM (United States Africa Command), linked these recent attacks to the drought and ensuing famine in Somalia. Speaking alongside Mattis, he evaluated the situation as follows, "I wouldn't say it's a trend, but we'll watch it."

Djibouti is strategically located at the entrance of the Red Sea, and the U.S. pays the country's government around $65 million for maintaining the military base. Camp Lemonnier serves as base for operations in Yemen and Somalia and is used to monitor extremist group activities in Eastern Africa, such as the al-Shabab militia in Somalia. It is home to about 4,000 U.S. troops.

Somalia has been ravaged by a civil war since President Siad Barre was toppled in 1991. Various factions compete for power, including the Somali National Movement in the northwest and the Somali Salvation Democratic Front in the northeast, as well as the United Somali Congress in the south.

The country is practically divided as internal conflict has led to a breakdown in civil services and the rise of terrorist groups such as Al-Shabab. Somalia recently made headlines as the country faces a drought, with around six million people at risk of starvation along with an additional severe shortage in medicine.