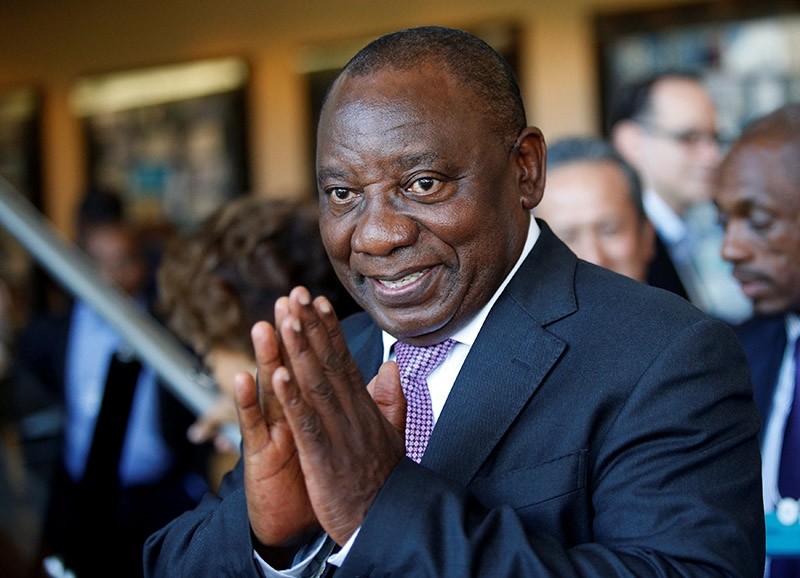 About a dozen ministers and deputy ministers began a 24-hour long solidarity fast at 6 p.m. local time (1600 GMT) on Sunday, a group, working to increase economic and political pressure on Israel, said Monday.

Communication Minister Ayanda Dlodlo said in a video message: "Let's think of all those that are sitting in prisons without food, because they are making a statement. Support that statement."

The South African chapter of the group "Boycott, Divestment and Sanctions Movement" (BDS), which has been championing the campaign, said Deputy President Cyril Ramaphosa is also having the fast.

"It is the first time in South African history that such a significant number of the country's ministers and other government officials are going on such a hunger strike," the group said in a statement.

The statement noted several well-known personalities including the former African Union Chairperson Nkosazana Dlamini-Zuma have pledged to participate in the hunger strike.

More than 1,000 Palestinian political prisoners have been observing a hunger strike since April 17 in protest against Israel's detention policies.

The inmates are demanding lifting of restrictions on family visits, better medical care, improved treatment of female prisoners and end to the policy of solitary confinement.

The Israel's policy of 'administrative detention' allows suspects to be jailed without trial or charge.

Long-term Palestinian prisoner Marwan Barghouti, who has been in prison for more than a decade, has spearheaded the hunger strike.

He wrote in The New York Times last month: "I have been both a witness to and a victim of Israel's illegal system of mass arbitrary arrests and ill-treatment of Palestinian prisoners."

He said after exhausting all other options, he decided there was no choice but to resist the abuses by going on a hunger strike.
Last Update: May 15, 2017 4:13 pm
RELATED TOPICS