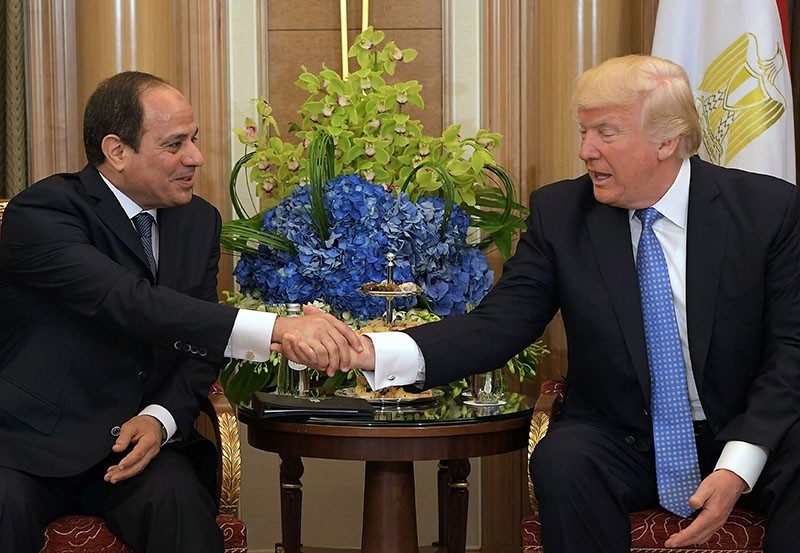 US President Donald Trump told Egypt's Abdel Fattah al-Sissi on Sunday during talks in the Saudi capital that he would soon visit Egypt.

"We will absolutely be putting that on the list very soon," Trump said at the beginning of bilateral talks with Sissi, hours before the US president is scheduled to address an Arab Islamic American summit.

Trump praised US relations with Egypt, describing the talks with Sissi as "very very important".

"We've really been through a lot together positively," he said.

Trump said that "safety seems to be very strong" in Egypt, which has seen deadly bombings and attacks on Christian Copts and security forces in past months.

Responding through an interpreter, Sissi said: "Egypt is secure and stable and is going very well with the cooperation of the United States."

"You are a unique personality that is capable of doing the impossible," Sissi said, addressing Trump.

"I agree!," the billionaire president responded as everyone laughed.