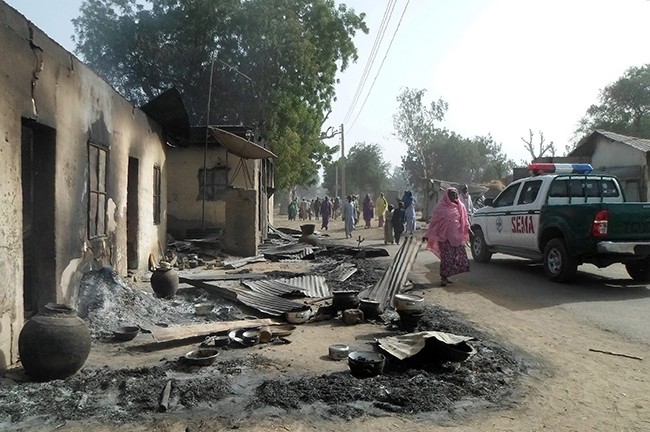 At least 17 people were killed and 22 injured in multiple suicide bombings in northeastern Nigeria, a security official said Wednesday.

"The Boko Haram terrorists detonated Improvised Explosive Devices [IEDs] in the area killing themselves and 13 others," he added.

The injured include security volunteers, locally known as Civilian JTF.

This June, an attack by Boko Haram militants killed 14 and injured 24 in the city.

Boko Haram, a Nigerian militant group, has continued to attack soft targets in the country's northeast region despite claims by the military to have defeated the insurgents.