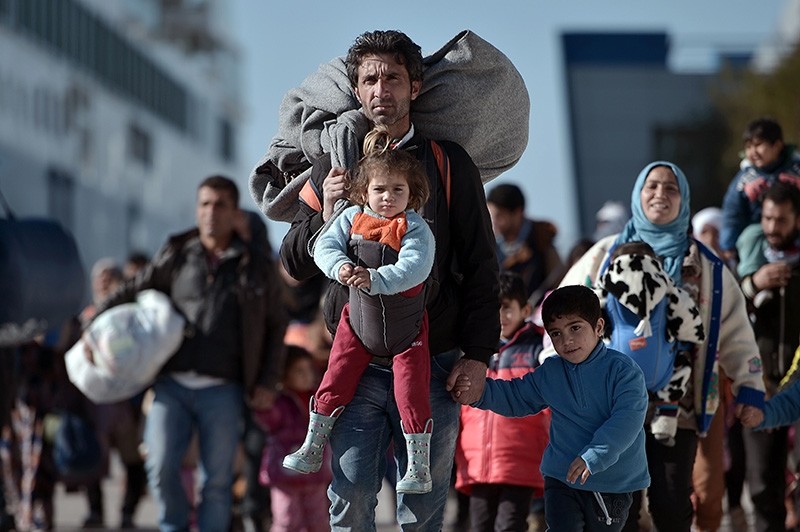 A group of vulnerable refugees from several African countries, who had been stuck in war-ravaged Libya, have been evacuated to Niger, the U.N. said Sunday.

The U.N. refugee agency said the evacuation of 25 "extremely vulnerable refugees" from Libya Saturday marked the first of its kind.

The chaos-ridden country has long been a major transit hub for migrants trying to reach Europe, and many refugees and migrants have fallen prey to serious abuse there at the hands of human traffickers and others.

"We are taking people out of a very dangerous situation," UNHCR spokesman William Spindler told the French Press Agency.

The group evacuated Saturday was made up of 15 women, six men and four children of Eritrean, Ethiopian and Sudanese nationalities, UNHCR said.

"All of them will be hosted in a guesthouse in Niamey until their resettlement applications are processed," Vincent Cochetel, UNHCR's Special Envoy for the Central Mediterranean Situation, said in a statement.

Extracting the refugees from Libya should make it easier for possible resettlement countries to evaluate their cases.

Paris for instance said last month it would open centers in Niger and Chad to help identify people who might be granted asylum in France.

The U.N. agency has called for countries around the world to step up and offer desperately needed resettlement places to refugees stranded in 15 countries along the Central Mediterranean migration route.

UNHCR in September urgently called for 40,000 resettlement places for refugees in the 15 countries, pointing out that since the beginning of the year, only 6,700 places had been provided.

"We hope to be able to carry out more evacuations in the near future," Cochetel said, stressing though that such evacuations "will remain limited in scale as long as resettlement commitments remain insufficient."

He also reiterated UNHCR's call for the creation of "more regular and safe ways for refugees to find safety and international protection," in a bid to stop them from embarking on perilous journeys across the Sahara Desert and the Mediterranean Sea.

So far this year, more than 152,000 people have attempted the dangerous voyage across the Mediterranean to Europe, and nearly 3,000 have died trying, according to fresh U.N. numbers.