Drought-stricken Cape Town averts 'Day Zero' for now, but could run out of water in 2019 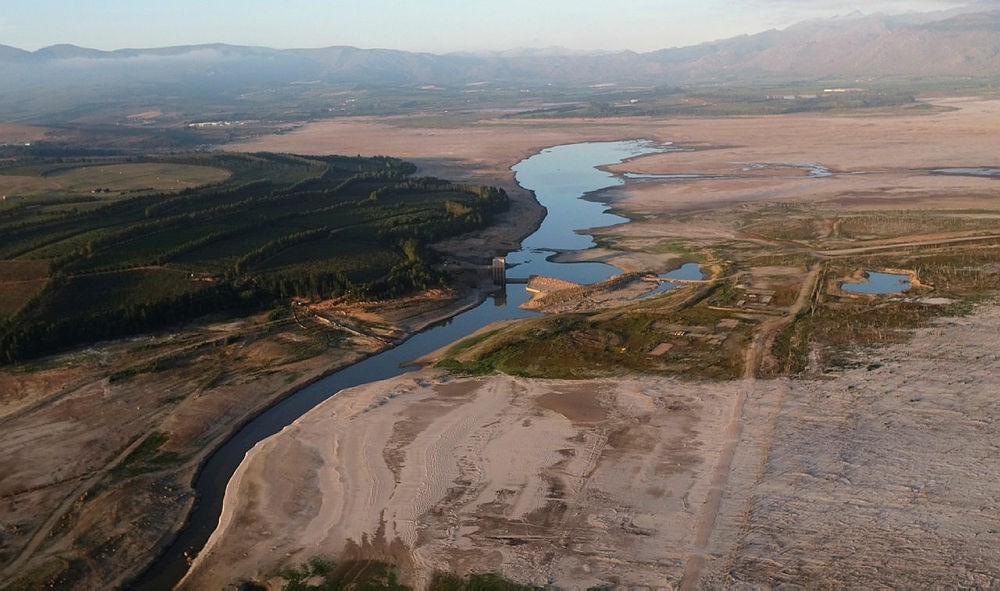 The Theewaterskloof Dam, which supplies most of Cape Town's potable water, is seen from above near Villiersdorp, South Africa, February 20, 2018. (REUTERS Photo)
by Compiled from Wire Services Mar 07, 2018 12:00 am

South Africa's drought-stricken tourist metropolis Cape Town will not run out of water this year as previously feared, the city said on Wednesday.

The all-clear was given after new projections showed that, without rainfall, "Day Zero" - the day the city runs out of water - would be on August 27.

"As this date falls deep within the normal rainfall period, it is no longer appropriate to project the date without any consideration of rainfall ... 'Day Zero' can be avoided completely this year," deputy mayor Ian Neilson said in a statement.

The Democratic Alliance, the opposition party that runs the city of 4 million, said Wednesday that taps will remain open if residents continue to consume water at current restricted levels and there is adequate winter rainfall, which is expected soon.

Party leader Mmusi Maimane says the city cut its consumption in the last three years by 60 percent to between 510 and 520 million liters (135 million and 137 million gallons) a day.

Cape Town, located in the southern hemisphere, is currently in mid-summer, with the rainy season expected to start in May.

The city is suffering its worst drought in recorded history, with the dams supplying the city with water about 23 per cent full.

"Day Zero" had recently been predicted for July 9, although earlier this year, the city said it may have to stop water supply as early as mid-March.

Residents however continue to be limited to using 50 liters of water per person per day, with punitive tariffs for those consuming more than allowed, said Neilson.

"If winter rainfall this year is as low as last year, or even lower, we are still in danger of reaching 'Day Zero' early next year," he added.