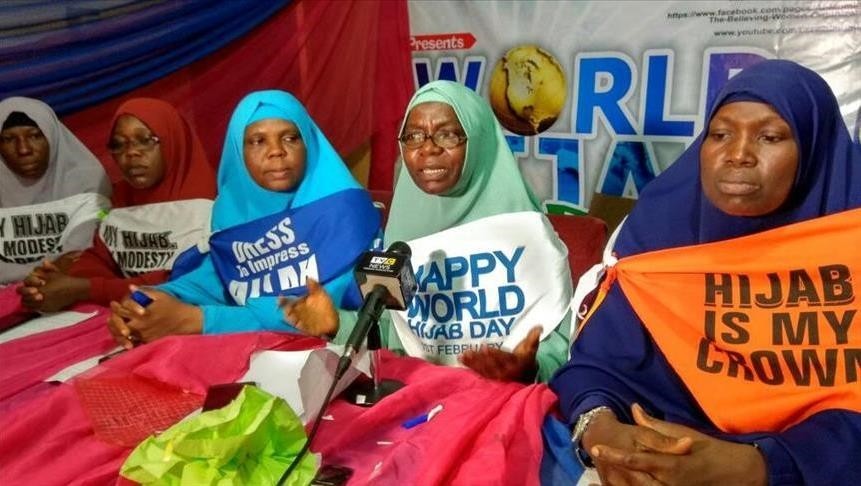 Shutting out Muslim girls from school for wearing headscarves amounts to unacceptable religious bigotry and a violation of the Constitution, Nigeria's apex Muslim body said on Saturday, a day after nine pupils were told to leave a school in the southwest Oyo State.

The nine Muslim teenagers were prevented from entering the International School Ibadan (ISI) compound on Friday because they wore headscarves, barely a week after the government in southwestern Lagos officially approved the wearing of headscarves by Muslim girls. The government decision came two years after its circular banning headscarves was struck down on appeal.

In a statement on Saturday, the Nigerian Supreme Council for Islamic Affairs (NSCIA) said the action of the school, located in the premises of the country's premier University of Ibadan, amounted to official discrimination against Muslims and threatened to sue the violators.

"The denial of the Muslim girls of the right to use their hijab is just a ring in a long chain of institutionalised religious discrimination against Muslims in the school, which should ordinarily be a centre of excellence where learning, probity, excellence and character are respected," NSCIA spokesman Salihu Shehu said in a statement.

"We strongly condemn the management of ISI and warn the principal that she will be held responsible for whatever her administrative incompetence and religious intolerance precipitate in this matter.

"Muslims in Nigeria can no longer fold their arms and watch their rights being unabashedly trampled upon by minions and tin-gods who find themselves in some positions of authority," the statement read.

Headscarves have increasingly become a symbol of Muslims' rejection of the British colonial legacies in Nigerian public life.

In 2017, a Muslim female law graduate was barred from a call to bar event in the capital Abuja for wearing a headscarf, precipitating anger from the Muslim community and a debate over the country's controversial secular status.

Barrister Firdaus Amasa was later called to the bar with her headscarf after the country's council on legal education backed down. In a 2016 ruling, a court said wearing headscarves qualifies as a human right under the country's Constitution.