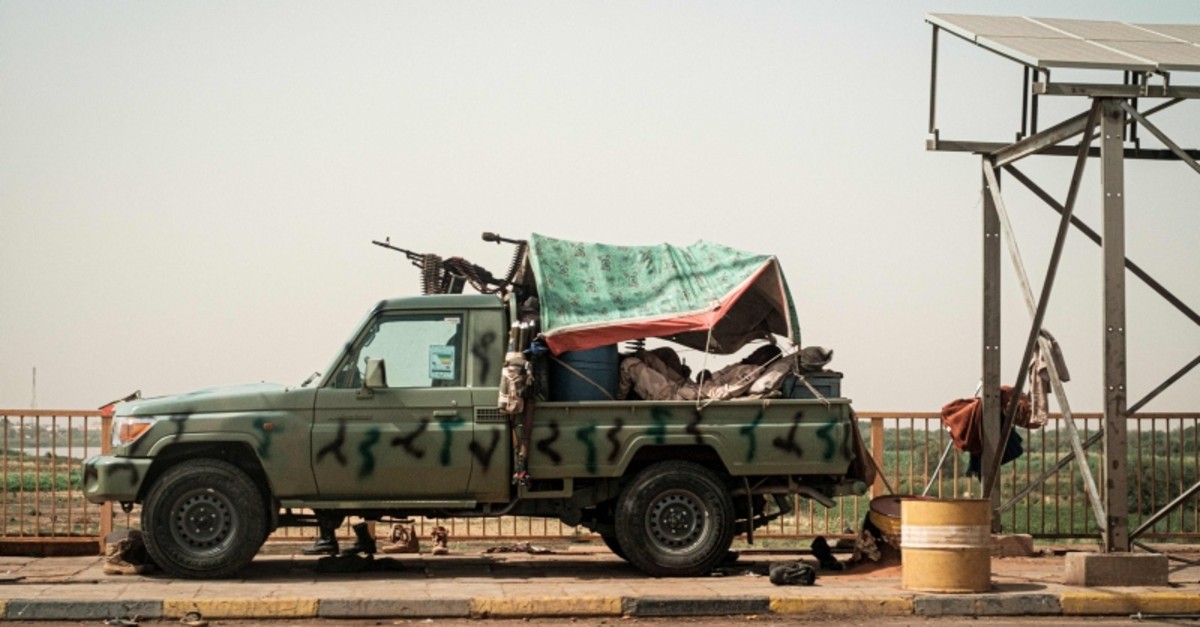 Members of Sudan's paramilitary Rapid Support Forces (RSF) rest near an armed vehicle on the bridge over the Nile in Omdurman, Sudan, June 13, 2019. (AFP Photo)
by Compiled from Wire Services
Jun 13, 2019 10:28 pm

Sudan's ruling military council on Thursday for the first time admitted it had ordered the June 3 dispersal of a Khartoum protest sit-in that left dozens dead and hundreds wounded.

"The military council decided to disperse the sit-in and a plan was made... but we regret that some mistakes happened," spokesman Shamseddine Kabbashi told reporters.

He said the military would not allow any further protest camps to be set up near armed forces sites, after the sit-in outside army headquarters was cleared.

Sudan's military rulers also said some officers had been arrested for their involvement in the deadly dispersal of the sit-in in Khartoum.

An investigation into the storming of the sit-in had concluded and the results would be announced Saturday, the military council added.

Over 100 people were killed in the capital and across Sudan in a sweeping crackdown, according to protest organizers.

The dispersal was an alarming turn in the standoff between the protesters and the military, which removed President Omar al-Bashir from power in April after a months-long popular uprising against his 30-year rule.

In response to the sit-in dispersal, the Forces for the Declaration of Freedom and Change, a coalition of political groups representing the protesters, staged a three-day general strike and a campaign of civil disobedience earlier this week.