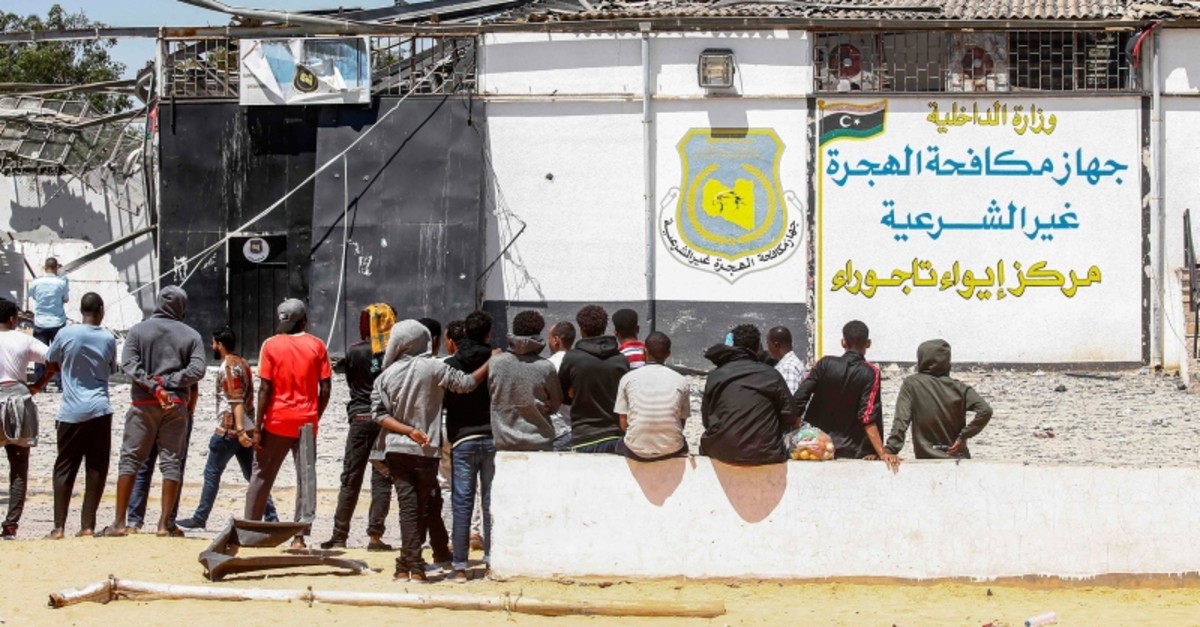 The United Nations said on Thursday it had information that Libyan guards shot at refugees and migrants trying to flee from airstrikes that killed at least 53 people, including six children, in a migrant detention center late Tuesday.

A U.N. humanitarian report said there were two airstrikes, one hitting an unoccupied garage and one hitting a hangar containing around 120 refugees and migrants.

"There are reports that following the first impact, some refugees and migrants were fired upon by guards as they tried to escape," the U.N. report said.

An airstrike hit a detention center for migrants near the Libyan capital of Tripoli early Wednesday, killing and wounding dozens of others in an attack that the U.N. human rights chief said could amount to a war crime.

The Tripoli-based government blamed the attack on forces associated with Gen. Khalifa Haftar, whose Libyan National Army has been waging an offensive against rival militias in the capital of the war-torn North African country since April.