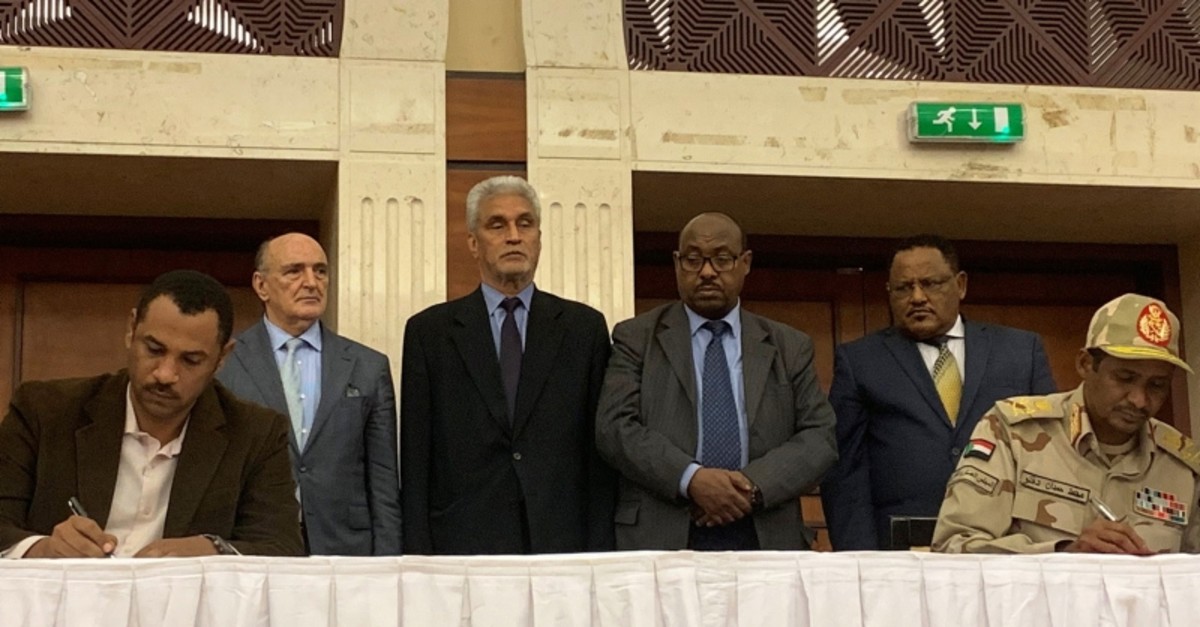 Sudan's military council and an alliance of opposition groups initialed a political accord Wednesday as part of a power-sharing deal aimed at leading the African nation to democracy, live television showed.

The document called the "Political Declaration" was signed in Khartoum in the presence of African mediators following a night of marathon talks to iron out some details of the agreement reached earlier this month.

The deputy chief of the ruling miliary council Mohamed Hamdan Dagalo — who initialed the deal on behalf of the generals — told French Press Agemcy (AFP) the agreement was a "historic moment" for Sudan.

The signing is a key step in the country's transition after months of street protests that prompted the military to oust former President Omar al-Bashir and take over the country in April.

The sides are still working on a constitutional declaration, which is expected to be signed Friday, the opposition coalition said.