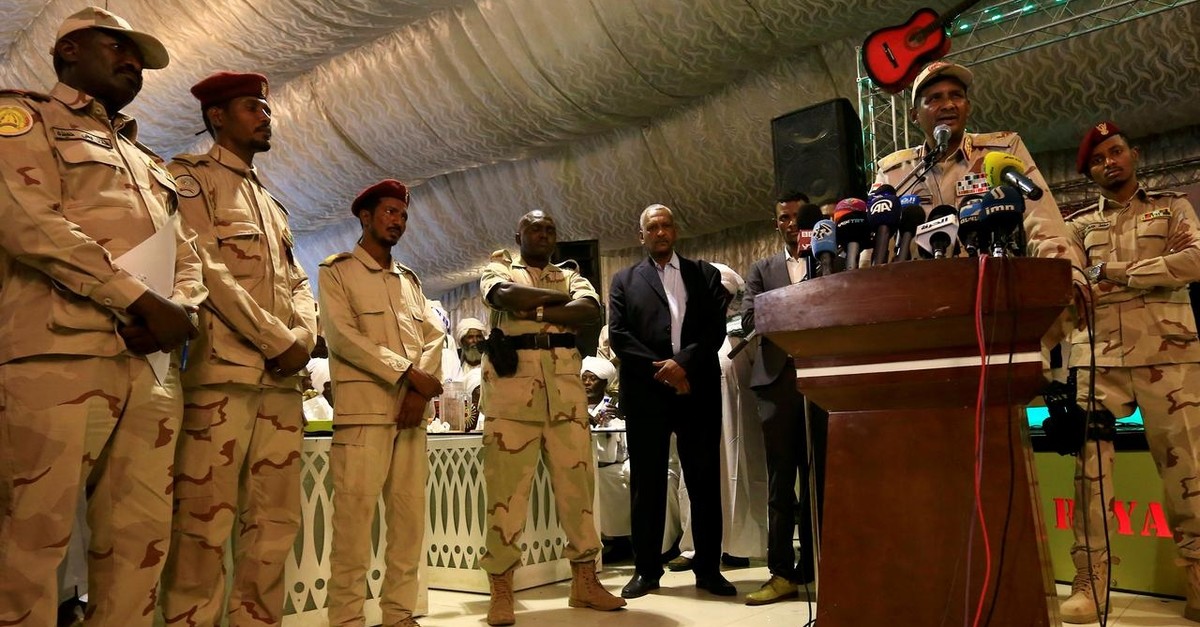 Sudan's military said on Wednesday that it has thwarted a coup attempt and arrested an unspecified number of senior officers in connection with the plot, state news agency SUNA said.

The military "revealed a coup attempt involving General Hashim Abdel Mottalib Ahmed, head of the joint chiefs of staff, and a number of high-ranking officers from the armed forces and the National Intelligence and Security Service, along with leaders of the Islamic Movement and the National Congress Party", SUNA said.

Sudan's ruling military council also previously said on July 11 foiled an attempted military coup, just days after the military and a pro-democracy coalition agreed on a joint sovereign council to rule the country during a transition period until elections are organized.

The military and a pro-democracy coalition agreed in early July on a joint sovereign council that will rule for a little over three years while elections are organized. Both sides say a diplomatic push by the U.S. and its Arab allies was key to ending a weekslong standoff that raised fears of all-out civil war.

The deal was meant to end the political deadlock between the military council and the protest movement since security forces razed a massive pro-democracy sit-in in Khartoum early last month, killing more than 100 people since then, according to protest organizers.

In the ensuing weeks, protesters stayed in the streets, demanding that the generals hand power to civilian leadership.

They resumed negotiations on Wednesday after tens of thousands of people flooded the streets of Sudan's main cities last weekend in the biggest demonstrations since the sit-in camp was razed. At least 11 people were killed in clashes with security forces, according to protest organizers.