Death of Tunisia's Essebsi prompts more uncertainties ahead of elections 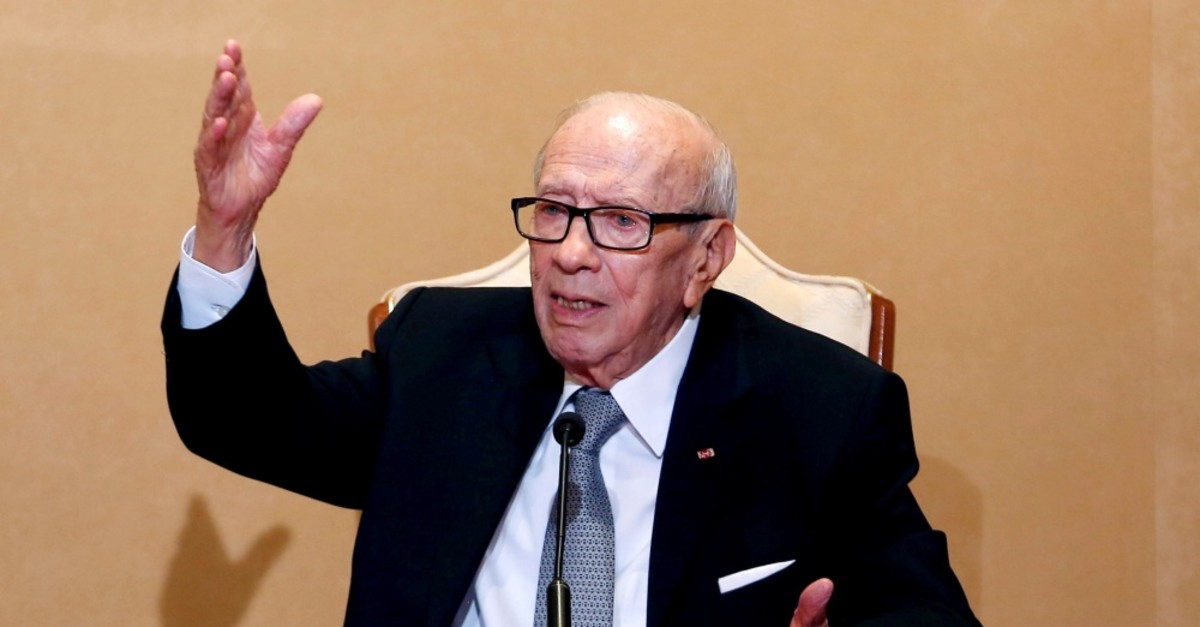 Tunisian President Beji Caid Essebsi, the North African country's first democratically elected leader and a symbol of the generation of Tunisians who shook off French rule in the 1950s, died yesterday. Ahead of the elections, his death could lead to new power struggles in the only country to emerge from the 2011 Arab Spring uprisings with a functioning democracy and relative stability.

The speaker of Tunisia's parliament, Mohamed Ennaceur, said yesterday he would be the country's temporary president for 45 to 90 days, in line with the constitution, while a new election is organized. In his speech on national television, Ennaceur also called for unity after the death of Essebsi. Meanwhile, Tunisian Prime Minister Youssef Chahed announced a seven-day mourning period. Flags at state institutions was lowered to half-mast, while cultural events were halted until further notice, the state-run news agency reported.

Turkey, in a statement released yesterday, sent its condolences to the Tunisian people, saying that "we are deeply saddened by the death of Tunisian President Beji Caid Essebsi" while praising the significant contributions made by President Essebsi to strengthening friendship and cooperation between two countries.

Tunisia remains a haven of political openness and relative peace compared to the states ruled by strongmen elsewhere in the Arab world and the chaos reigning in Libya. Still, the North African nation has gone through nine governments since the 2011 uprising, and each one has failed to resolve the country's widespread poverty, unemployment and disillusionment with democracy. Attacks by terrorists, including some trained in neighboring Libya, have killed dozens and sent foreign tourists fleeing, damaging Tunisia's key tourism industry. Threatened this year with a general strike, Essebsi acknowledged Tunisia's problems. "A democracy cannot be built in eight years," he said in January. "Tangible results need time."

While Tunisia is preparing for upcoming general elections in October and presidential elections in November, the head of the electoral commission stated that the country will hold the presidential election before the scheduled date of Nov. 17. Amid debates concerning whether the country has been shifting away from democracy, the elections will be a test for Tunisia's fragile democracy. Although the country faces serious economic and security problems due to the presence of Daesh-affiliated groups in Libya and the ongoing migrant crisis in the Mediterranean Sea, the country is determined to respect the free will of its people. Major steps were taken for the Oct. 6 parliamentary elections. The Tunisian Assembly passed the necessary legislation although President Beji Caid Essebsi didn't ratified it.