Latest developments in Tunisia may offer chance for Ghannouchi 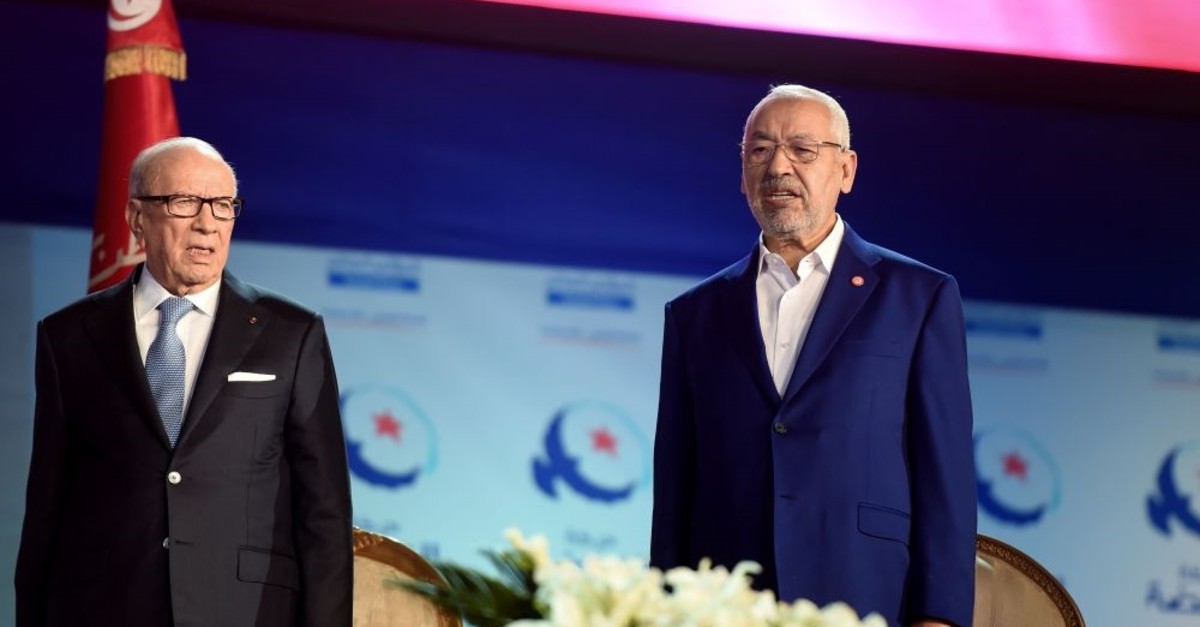 After Tunisia's 92-year-old President Beji Caid Essebsi died, Ennahda's influential leader Rached Ghannouchi, who will run in the elections, may now have a fighting chance

Tunisia's first democratically elected leader, President Beji Caid Essebsi, died on Thursday at the age of 92. His death came immediately after the country decided to head to the polls. His death is likely to change the balances in the country as the main opposition, Ennahda, and its influential leader Rached Ghannouchi will not have to face an organized rival party under the command of a powerful leader like Essebsi. Becoming prime minister in 2011 after the ouster of longtime autocratic ruler Zine El Abidine Ben Ali, Essebsi was elected president in 2014. His time was up as of next November. Although the presidential elections were to be held in November, Parliament Speaker Mohammed Ennaceur, who was sworn in as interim president on Thursday, has to organize the presidential elections within 90 days, according to the constitution.

Therefore, the elections will be held no later than Oct. 23.

Essebsi, known for his secular stance, was the main influential leader against the country's conservative party, Ennahda. Despite the fact that Essebsi was a moderate figure who helped power-sharing deal between the secularist Nidaa Tounes movement and Ennahda, it was clear that Essebsi was not welcoming the idea that Tunisia would be ruled by a conservative party. He was criticized for keeping certain figures from the previous regime and not giving full support to the creation of a well-functioning commission to help victims seeking justice against Ben Ali's rule.

Moreover, his critics claimed he was attempting to hand over power to his son, creating a system of dynastic rule.

After his death, Tunisia may face a power vacuum and may lack a figure on whom each party would agree. The country has been experiencing certain economic and security problems. The unemployment rate has been increasing, while the presence of Daesh-affiliated groups is constantly posing threats to the country.

The tiny North African country remained as an exception among others that have experienced the so-called Arab Spring. While Libya, Syria and Yemen continue to suffer from civil wars with the participation of numerous local, regional and international actors, Egypt witnessed a more brutal regime in 2013 after incumbent President Abdel-Fattah el-Sissi ousted the country's first democratically elected president, Mohammed Morsi, who died last month during a court trial.

However, despite its fragility, Tunisia has managed to make a shift toward a democratic regime.

Essebsi's death may pave the way for Ennahda's Ghannouchi, who has declared that he was going to run in parliamentary elections for the first time in his life. Tunisian media outlets claim that Ghannouchi's desire is to become prime minister or at least parliament speaker. However, many wonder whether he could change his mind and join the presidential race instead, since the opposition parties are not expected to put forward a strong candidate.