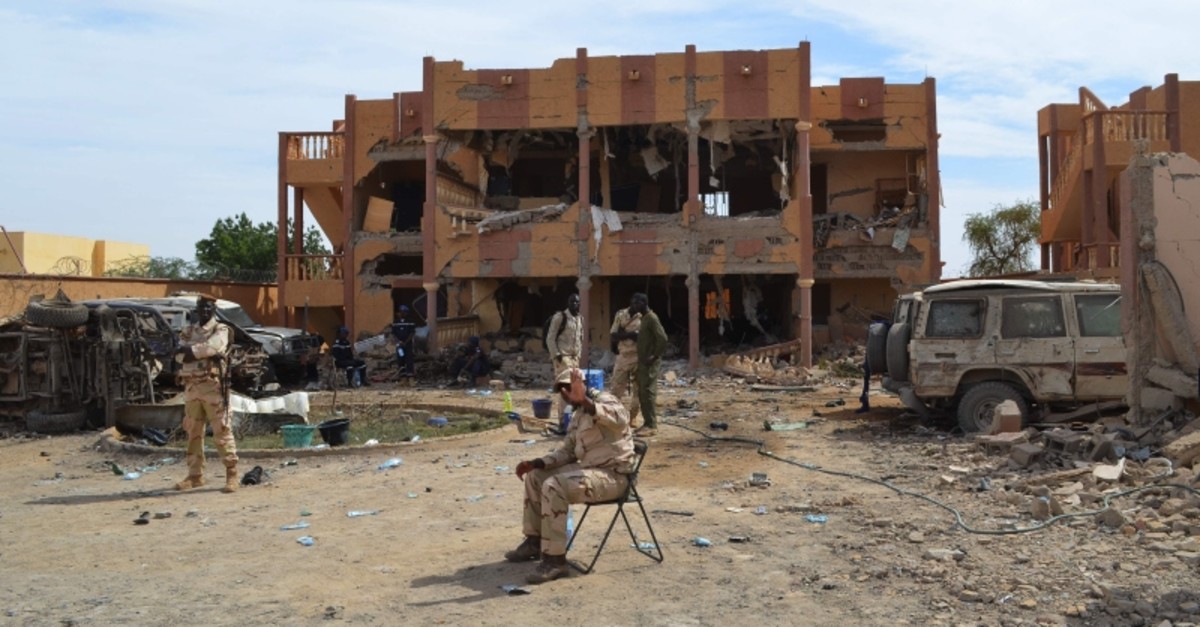 In this file photo taken on November 13, 2018 Malian soldiers stand beside a destroyed building and burnt cars in Gao, after a suicide car bomb attack overnight, which killed three people. (Photo by STR / AFP)
by Nov 02, 2019 11:06 am

At least 53 soldiers and one civilian were killed in a militant attack on a military post in northern Mali on Friday, the government said.

The attack is one of the deadliest strikes against the West African country's military in recent memory. It is still reeling from terrorist raids in late September that underscored the increasing reach and sophistication of armed groups operating in the region.

"The dispatched reinforcements found 54 bodies including one civilian, 10 survivors, and found considerable material damage. The situation is under control," government spokesman Yaya Sangare said on Twitter in the early hours of Saturday.

The authorities first reported the attack by armed men on the army post in Indelimane, Menaka region, on Friday, but gave a lower provisional death toll.

From their stronghold in Mali, groups with Al-Qaida and Daesh links have been able to fan out across the Sahel, destabilizing parts of Niger and Burkina Faso.

Thirty-eight Malian soldiers were killed on Sept. 30 in coordinated attacks on two army bases in central Mali, which has slipped from government control despite the presence of the French army and other international forces.