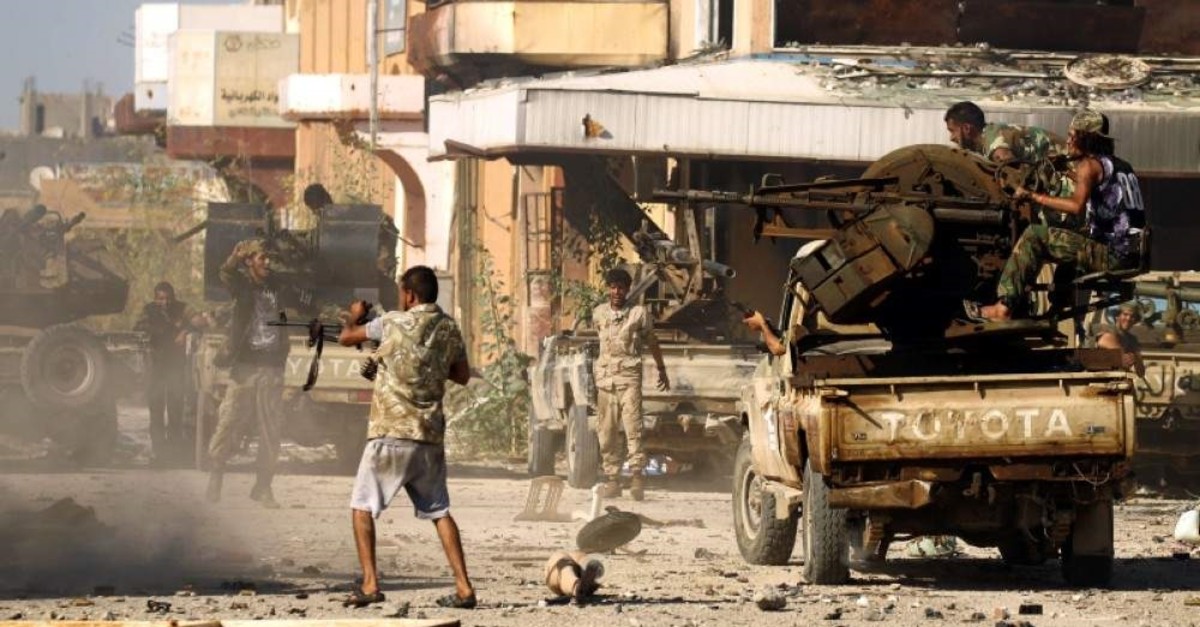 East Libya-based warlord Khalifa Haftar announced Thursday an operation against the Libyan government forces based in Tripoli, in what he said would be the “final battle” for the capital.

United Arab Emirates (UAE) and Egypt-backed Haftar runs a war against the country’s legitimate U.N.-backed Government of National Accord (GNA).

A “decisive battle,” where his forces will push into the heart of Tripoli, is starting, Haftar said in a televised speech broadcast, adding that gunmen in the city will be provided with immunity in exchange for laying down their arms.

The announcement comes after a Tripoli airport, which was closed down three months ago in the face of airstrikes by Haftar forces, was reopened in the early hours of the day.

A high-ranking militant loyal to Haftar told Bloomberg that they are in the final stages of the battle to capture the U.N.-backed government's capital.

Earlier this week, Turkish President Recep Tayyip Erdoğan said Turkey was ready to send troops to Libya to assist the GNA if there was a request.

"If they request assistance, we would respond to that demand [with troops]," Erdoğan said during an event on World Human Rights Day in Ankara.

Libya has slid into turmoil since 2011 when a NATO-backed uprising led to the ousting and death of former President Moammar Gadhafi after more than four decades in power.

Since then, Libya's stark political divisions have yielded two rival seats of power, one in Tobruk and another in Tripoli, as well as in-fighting by a host of heavily armed militia groups.

The military, pushed by Haftar's army, has allied with a parallel eastern administration based in Benghazi, marking a dangerous escalation in a power struggle that has dragged on since the vacuum following Gadhafi's death emerged. Haftar is not recognized by the international community, as the elected parliament of the country is based in Tripoli.