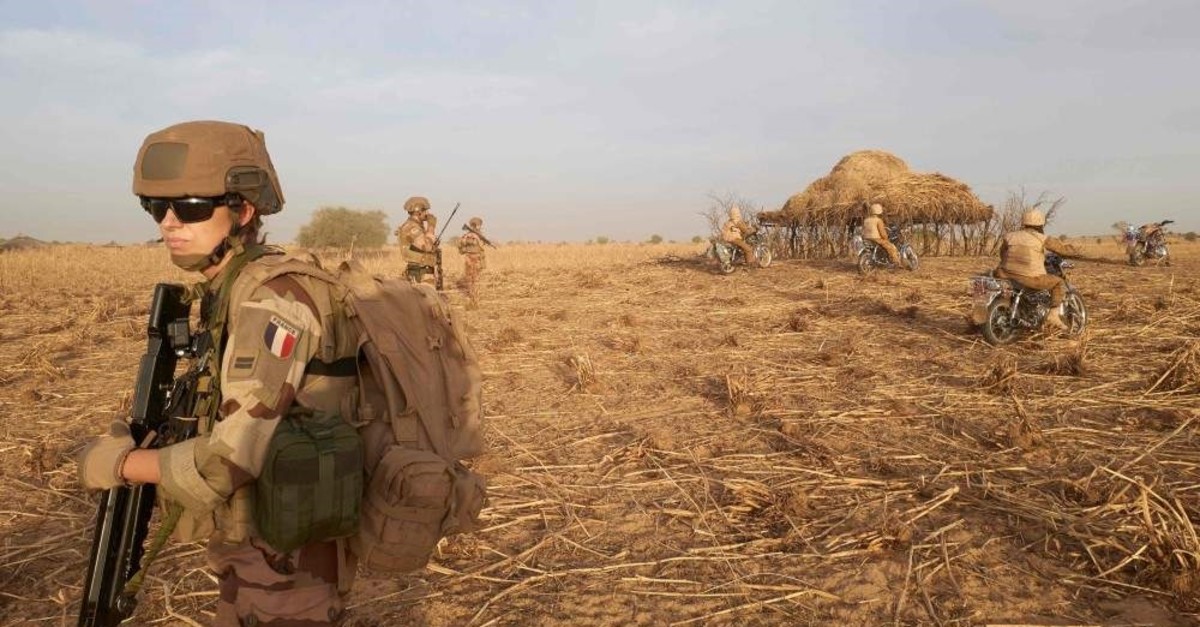 A soldier of the French Army patrols a rural area during the Barkhane operation in northern Burkina Faso, Nov. 9, 2019. (AFP Photo)
by Compiled from Wire Services Feb 02, 2020 10:34 pm

France said Sunday it was boosting its military presence in the Sahel by adding a further 600 troops to its 4,500-strong operation in Mali and four other countries in the region. Defense Minister Florence Parly said in a statement that the bulk of the reinforcements would be deployed by the end of the month in the border zone linking Mali, Burkina Faso and Niger to counter militant violence.

France, seeking to underline its regional commitment after losing 13 of its own troops in a deadly air collision last November, will also send around 100 armored vehicles to the region, a military source told AFP.

The November accident was France's largest military loss in decades and prompted President Emmanuel Macron to say Paris would begin a thorough review of its Operation Barkhane, with "all options on the table." Macron earlier this month announced 220 fresh troops for the region at a G5 Sahel summit where he hosted the leaders of Burkina Faso, Chad, Niger, Mali and Mauritania.

Defense Minister Parly returned last week from a visit to the U.S. where she met U.S. counterpart Mark Esper and asked for Washington's support in "burden-sharing" in the Sahel. The U.S. is considering reducing its military presence on the continent, a move that worries its international partners who are working to strengthen the fight in the tumultuous Sahel region. The top commander of American forces in Africa, General Stephen Townsend urged France's EU allies to play a greater regional role. The increase in numbers will soothe the fears of French Chief of Staff General Francois Lecointre, who had been pushing for greater resources, telling French lawmakers in November that current troop levels for such wide expanse of territory on a mission already into its seventh year were "derisory." France has lost 41 soldiers during the mission to date as its forces seek to train up local fighters who are woefully unprepared to take on militant groups.

Numerous armed groups are active in the Sahel zone, which stretches from the Atlantic coast south of the Sahara to the Red Sea, and some of the groups have pledged to support Daesh and al-Qaida. Niger, Mali, Burkina Faso and Nigeria, in particular, have suffered attacks in recent months.