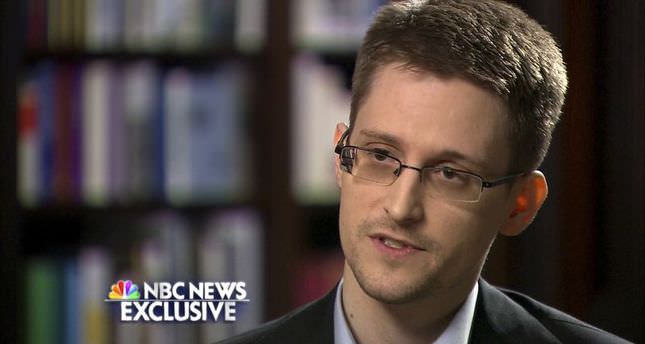 The four-hour interview of Snowden by journalist Brian Williams was condensed into a 60-minute programme by NBC.

In one of the portions, Snowden questioned the US intelligence agencies' inability to stop the 11 September, 2001 attacks in New York, despite having massive amount of surveillance.

He noted that the country had all necessary intelligence resources prior to the attack, but it failed to stop the attacks.
In response to a question from Williams concerning a "non-traditional enemy," Al-Qaeda, and how to prevent further attacks from that organization and others, Snowden suggested that United States had the proper intelligence ahead of 9/11 but failed to act.

"You know, and this is a key question that the 9/11 Commission considered. And what they found, in the post-mortem, when they looked at all of the classified intelligence from all of the different intelligence agencies, they found that we had all of the information we needed as an intelligence community, as a classified sector, as the national defense of the United States to detect this plot," Snowden said.

"The problem with mass surveillance is that we're piling more hay on a haystack we already don't understand, and this is the haystack of the human lives of every American citizen in our country," Snowden continued.

"If these programs aren't keeping us safe, and they're making us miss connections -vital connections- on information we already have, if we're taking resources away from traditional methods of investigation, from law enforcement operations that we know work, if we're missing things like the Boston Marathon bombings where all of these mass surveillance systems, every domestic dragnet in the world didn't reveal guys that the Russian intelligence service told us about by name, is that really the best way to protect our country? Or are we — are we trying to throw money at a magic solution that's actually not just costing us our safety, but our rights and our way of life?

According to the Russia Today report, the director of the NSA during Snowden's stint there, Gen. Keith Alexander, reportedly endorsed a method of intelligence gathering in which the agency would collect quite literally all the digital information it was capable of.

"Rather than look for a single needle in the haystack, his approach was, 'Let's collect the whole haystack,'" one former senior US intelligence official recently told the Washington Post. "Collect it all, tag it, store it. .?.?.And whatever it is you want, you go searching for it."

In recent weeks, a leaked NSA document has affirmed that under the helm of Alexander, the agency was told it should do as much as possible with the information it gathers: "sniff it all, know it all, collect it all, process it all and exploit it all," according to the slide.
"They're making themselves dysfunctional by collecting all of this data," Bill Binney, a former NSA employee-turned-whistleblower himself, told the Daily Caller last year. Like Snowden, Binney has also argued that the NSA's "collect it all" condition with regards to intelligence gathering is deeply flawed.