112 arrested at protest against US deportations 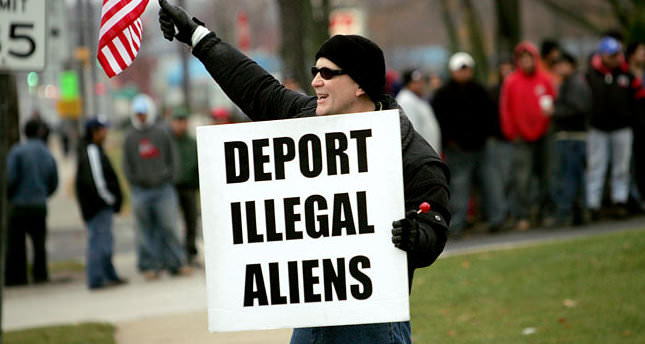 by Associated Press Aug 02, 2014 12:00 am
Immigrant activists and religious leaders massed outside the White House on Thursday to protest against U.S. policies on deporting migrants in the country illegally, and police arrested 112 demonstrators for blocking traffic.

The protesters urged President Barack Obama to immediately halt all deportations. They also called on him to extend relief for migrants by decree and to protect Central American children crossing into the U.S. unaccompanied by adults.

Minerva Carcano, a bishop for the United Methodist Church in Los Angeles, said such protests are needed to "raise a moral voice, because you do not hear from either Congress or the White House." "The two parties only think of immigrants for their political games, when elections come or to hurt their rivals," she said. "But immigrants are not balls, nor ciphers. They are people."

Pedro Palomino, a Peruvian journalist living in Baltimore, said he had put aside his fears and decided to publicly declare that he is in the U.S. without authorization by joining in the protest. He said it's time for Obama "to provide a solution for millions of immigrants" who are fearful of deportation.

An estimated 2 million people have been deported since Obama took office in 2009, and Palomino said he wants to keep that from happening to his family. He said that he, his wife and two of their three children have lived in the U.S. since their tourist visa expired in 2002. "This is a fight for the rights of immigrants," Palomino said.