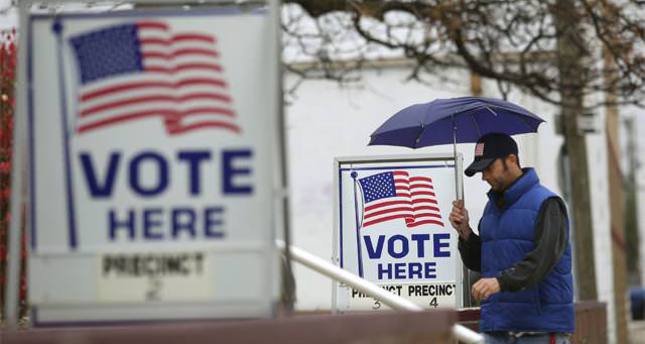 As Democrats suffered a crushing Senate defeat in the U.S. midterm elections, President Obama faces a hostile U.S. Congress that could in turn complicate his efforts to drive U.S. policy

With his second and final term in office nearly half-way done, U.S. President Barack Obama faced a major defeat in the midterm elections, which took place on Tuesday, while struggling with growing unpopularity. The midterm elections have a historic meaning in U.S. history, as Republicans have controlled the House of Representatives with the greatest majority since the 1940s. As control of the Senate by Republicans is assured, the midterm elections underscore the historic defeat for the Democrats and a major blow to the Obama administration. Leaders from both the House and Senate are expected to meet on Friday as a sign of "reconciliation" between the two parties to find common ground on significant issues.

"We are humbled by the responsibility the American people have placed with us, but this is not a time for celebration," House Speaker John Boehner said in a statement, the AP reported on Wednesday. "It is time for the government to start getting results and implementing solutions to the challenges facing our country, starting with our still-struggling economy," he added.

The Republican Party was assured of 52 seats in the Senate making Mitch McConnell the new Senate majority leader. Republicans picked up seven Senate seats from Colorado, North Carolina, Iowa, South Dakota and Montana where Democrats used to hold a majority of the seats. A predicted runoff is set for December 6 in Louisiana between Republican Bill Cassidy and Democratic Senator Mary Landrieu. In the House, Republicans now hold 234 seats – a solid majority.

Meanwhile, the outcome of the midterm election shows that voter turnout was lower than in the 2012 presidential election at 40 percent.

In the middle of his second term, Obama, who suffers from low approval ratings, faces growing criticism from Republicans who based their campaigns on attacks against the president and his policies. Widespread fear of Ebola, the advance of radical Islamic State of Iraq and al-Sham (ISIS) militants in Iraq and Syria and the ongoing economic recession has led to severe criticism of Obama's policies. As the battle for power in Washington had escalated in recent years due to growing criticism of Obama administration policies on health, tax reforms and trade negotiations, these threats were seen as being among the most important issues in this election. Many Republican candidates have linked border immigration to ISIS, while urging broader border controls due to possible terrorist threats.

Many believe that the outcome of the midterm elections would prove the end of the Affordable Care Act health reform that was introduced in 2010. The health reform aimed to increase the number of people with health insurance. In the U.S., 32 million people were not covered by any health insurance, therefore healthcare reform increased the quality and affordability of health insurance and lowered the uninsured rate by expanding public and private insurance coverage. However, this health care reform introduced by the Obama administration would presumably be short-lived as the majority of Republicans are not in favor of health reform.