White House does not deny Obama’s alleged letter to Iran 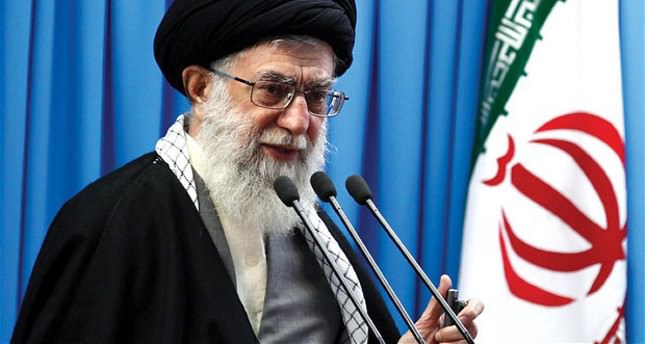 by Associated Press Nov 07, 2014 12:00 am
In a response to the U.S. President Barack Obama's alleged letter to Iran's Supreme Leader Ayatollah Ali Khamenei, White House did not make any comment on the existence of letter. Yet, diplomatic sources separately confirmed the existence of the letter to The Associated Press. They did so only on the condition of anonymity to publicly discuss Obama's outreach.

"The United States will not cooperate militarily with Iran in that effort," White House spokesman Josh Earnest said. "We won't share intelligence with them," stressing that the relations with Iran would not be changed.

The Wall Street Journal, which first reported that Obama had sent the letter, said it described a shared interest between the U.S. and Iran in fighting the Islamic State and al-Sham (ISIS) militants and stressed that any cooperation on that would be largely contingent on Iran agreeing to the nuclear deal. However, while not confirming or denying the existence of the letter, administration officials said there were still no plans to cooperate or coordinate with Iran against the militants.

The U.S. and Iran are each engaged in military efforts to degrade ISIS, essentially putting the longtime foes on the same side in the campaign against the extremists. However, the Obama administration has repeatedly insisted that it is not coordinating and will not coordinate its military actions with Iran, though officials from both countries have discussed the matter more broadly.

Obama's letter to Iran's powerful religious leader comes against the backdrop of the looming Nov. 24 deadline in nuclear negotiations between the U.S. and Iran, as well as five other world powers. While Obama has previously sent letters to Khamenei, any communication between the two men has been extremely rare.

Obama authorized a U.S.-led air campaign against ISIS fighters in Iraq in August and expanded the mission the following month to neighboring Syria. The U.S. is taking action alongside several other nations, including a handful of regional partners.

Iran is not part of the U.S. coalition, but it has also been fighting the ISIS on the ground. However, Iran's interests in pursuing the ISIS's defeat differ from those of the Obama administration. Iran is a staunch supporter of Syrian President Bashar Assad, who is a target of the militants and opposed by the U.S.

The U.S. and Iran broke off diplomatic relations in 1979 after the Islamic revolution and the storming of the U.S. Embassy in Tehran, where 52 Americans were held hostage for more than a year. However, the relationship began to thaw after Obama took office, particularly following the election last year of a more moderate-sounding Iranian president Hassan Rouhani.

U.S. and Iranian officials held a series of secret meetings last year that ultimately paved the way for the resumption of international nuclear negotiations. Obama and Rouhani also held a historic phone call last fall, the first direct communication between their nation's leaders since the Islamic revolution.