Attack on three US sailors the work of thugs, Pentagon says 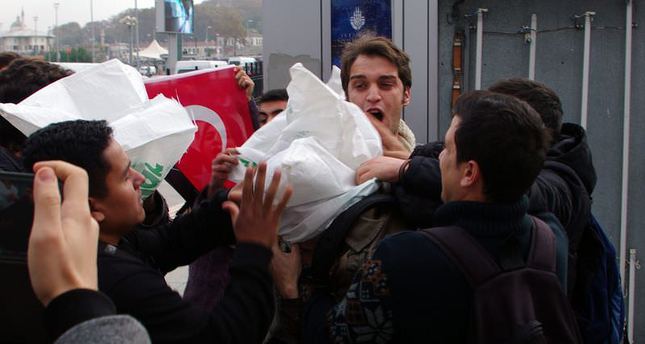 Army Col. Steve Warren told reporters the Defense Department condemned the attack, but pointed out that American and Turkish authorities would swiftly investigate the incident.

The attack was carried out by "what appeared to be thugs on the street," Warren said. "These attackers discredit the Turks and the Turkish reputation for hospitality. We enjoy a strong relationship with our NATO ally Turkey. We're confident the Turks will rapidly and effectively investigate the incident," he said.

State Department spokeswoman Jen Psaki also weighed in on the attack. "We're deeply troubled by today's assault against sailors of the USS Ross in Istanbul," she said at a press briefing.

Noting that American and Turkish authorities are working to investigate the incident, she added that there isn't a plan to raise the issue at the diplomatic level with Turkey.

The American sailors, who were assigned to the USS Ross, are now back aboard the ship following the cancellation of their shore leave, a Pentagon spokesman said.

The USS Ross was on a scheduled port visit to Istanbul, according to a U.S. Navy statement. Warren said that the ship is due to leave Istanbul in the "very near future."

The Turkish Foreign Ministry confirmed late on Wednesday that the attacks were the conducted by a group called the Turkish Youth Union, known to be one of the most active groups who took place at the Gezi Park protests. Twelve suspects have been taken into custody, but no charges have yet been filed.