Hagel: US sent $685 mln in arms, gears to Iraq in fight against ISIS 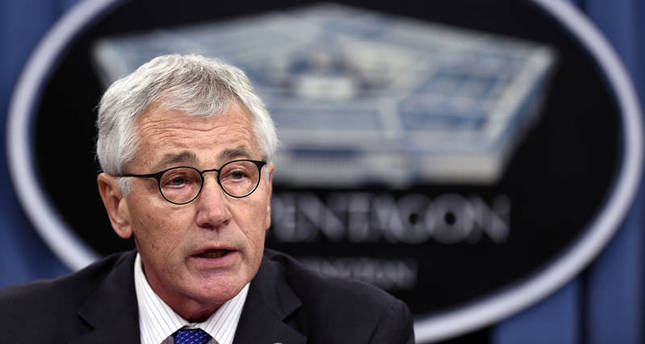 U.S. Defense Secretary, Chuck Hagel, told a House panel on Thursday that the U.S. has sent $685 million in arms and gear to Iraq this year in the fight against ISIS, and the coalition forces have carried out more than 130 airstrikes since September.

Hagel indicated that, although the U.S. and coalition forces are making progress against the self-proclaimed Islamic State of Iraq and Al-Sham (ISIS) militants, the American people must prepare for a long and difficult struggle, cautioning against setbacks in the fight in Iraq and Syria.

Hagel's testimony came days after U.S. President Barack Obama asked Congress for more than $5 billion to expand the U.S. mission in Iraq. The president is also dispatching up to 1,500 more American troops to Iraq, potentially boosting the total number to 3,100.

Hagel also said during the hearing in the House, "In the near term, our military aims in Syria are limlited to isolating and destroying ISIS's safe havens."

U.S. Congress will decide whether to reauthorize training and equipping of moderate Syrian rebels.