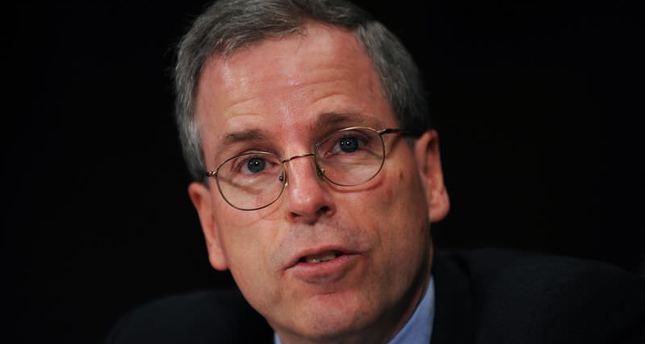 by AA Nov 20, 2014 12:00 am
U.S. airstrikes targeting the self-proclaimed Islamic State of Iraq and the al-Sham (ISIS) have helped Syrian President Bashar Assad's regime, former U.S. ambassador to Syria, Robert Ford said during a meeting at the House of Representatives Foreign Affairs Committee on Wednesday.

"The airstrike campaign which we started in September has actually hurt the moderate opposition. It has discredited them on the street, because our strike targeted territory taken by the Al-Qaida affiliated Nusra Front which has been fighting against the Assad regime", former ambassador said.

"In fact, what we did is we played the role of the Assad air force," Ford said.

The Secretary of State, John Kerry, said on Monday that the Assad regime and ISIS are dependent on each other, "Assad and ISIS are symbiotic. ISIS presents itself as the only alternative to Assad. Assad purports to be the last line of defense against ISIS. Both are stronger as a result." .

More than 200,000 people have been killed during the civil war in Syria since the conflict between the Assad regime and opposition forces began in early 2011.

National Security Adviser Susan Rice said on October 30, that the solution in Syria will "ultimately have to result in Assad's departure."

"You have an illegitimate and exceedingly violent leadership that has created conditions that not only have been harmful to the population, but have made the country a very attractive magnet for terrorists," said Rice.

The U.S. is leading an international coalition, which includes France, Germany, and Saudi Arabia, and has carried out numerous airstrikes against ISIS in Syria as well as in Iraq.