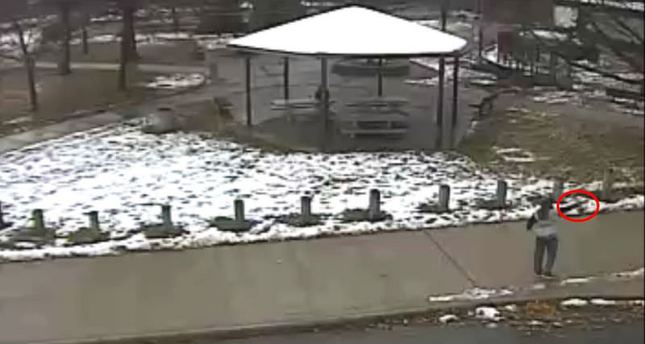 The video, released at the request of the victim's family according to The New York Times, shows Tamir Rice playing with and pointing a replica gun at the edge of a park. A police car pulls up and Rice is shot seconds later.

Police said two officers arrived at the scene on Saturday after receiving an emergency call that someone at the park was carrying a "probably fake" gun and pointing it at people.

Rice was warned three times to put up his hands, but did not comply, police said.

"Tamir should still be here with us," The New York Times quoting his parents as saying.

The police officer who shot Rice was Timothy Loehmann, 26, who had been in the Cleveland police force since March.

The local prosecutor's office is due to present evidence from the police to a grand jury, which will decide whether to bring charges against the officer.

Days earlier, a grand jury in the state of Missouri decided not to indict a police officer who shot and killed black teenager Michael Brown, in a decision that sparked violence and demonstrations.