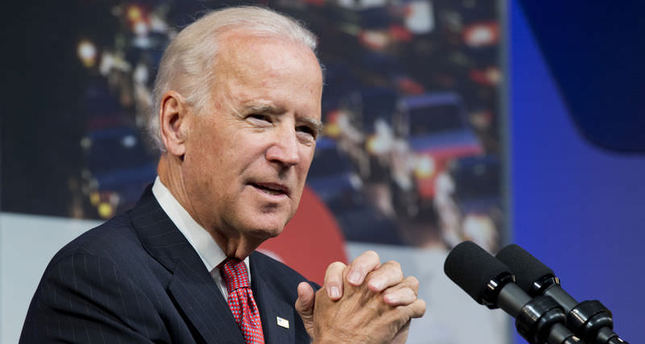 by Associated Press Mar 10, 2015 12:00 am
Democrats in the White House and Congress accused 47 Republican senators of undermining President Barack Obama in international talks to curb Iran's nuclear program, saying that trying to upend diplomatic negotiations was tantamount to rushing into war with Tehran.

"In 36 years in the United States Senate, I cannot recall another instance in which Senators wrote directly to advise another country much less a longtime foreign adversary that the president does not have the constitutional authority to reach a meaningful understanding with them," Vice President Joe Biden said in a statement denouncing the letter. "This letter sends a highly misleading signal to friend and foe alike that that our commander-in-chief cannot deliver on America's commitments a message that is as false as it is dangerous."

In an open letter on Monday to the leaders of Iran, Republican lawmakers warned that any nuclear deal they cut with Obama could expire the day he walks out of the Oval Office. The letter was an aggressive attempt to make it more difficult for Obama and five world powers to strike an initial agreement by the end of March to limit Iran's nuclear program, which Tehran insists is for peaceful purposes.

Republicans worry that Iran is not negotiating in good faith and that a deal would be insufficient and unenforceable, allowing Iran to eventually become a nuclear-armed state. They have made a series of proposals to undercut or block it from requiring Senate say-so on any agreement to ordering new penalty sanctions against Iran to threats of stronger measures.

"I think it's somewhat ironic that some members of Congress want to make common cause with the hard-liners in Iran," Obama said about conservative Iranians who also are leery of, or downright against, the negotiations. "It's an unusual coalition."

The letter, written by freshman Senator Tom Cotton, was addressed to the "Leaders of the Islamic Republic of Iran" and presents itself as a constitutional primer to the government of an American adversary. Senate Majority Leader Mitch McConnell of Kentucky's signature is on it, as are those of several prospective presidential candidates.

Explaining the difference between a Senate-ratified treaty and a mere agreement between Obama and Iran's Ayatollah Ali Khamenei, the senators warned, "The next president could revoke such an executive agreement with the stroke of a pen, and future Congresses could modify the terms of the agreement at any time."

Cotton defended the letter in a series of television appearances Tuesday, denying emphatically that it undermines Obama's negotiating position with Iran.

"No," he said. "We're making sure that Iran's leaders understand that if Congress doesn't approve a deal, Congress won't accept a deal."

Iranian Foreign Minister Mohammed Javad Zarif was quoted by the website of Iranian state TV on Tuesday as saying the letter's warning that any nuclear deal could be scrapped once Obama leaves office suggests the United States is "not trustworthy." He called the letter "unprecedented and undiplomatic." Earlier, he had dismissed it as a "propaganda ploy."

Not all Republican senators are united. One significant signature missing from Monday's letter was Bob Corker. As chairman of the Senate Foreign Relations Committee, he said he wants to focus on a bipartisan effort that can generate a deal.