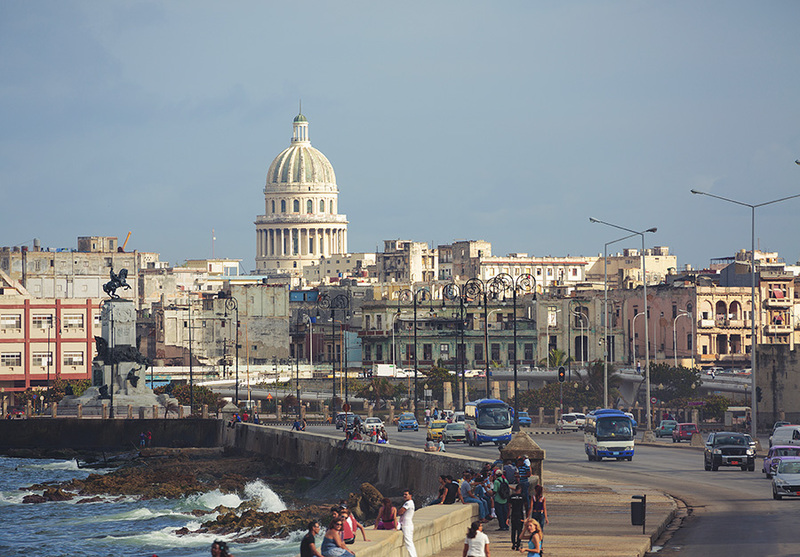 by Daily Sabah Mar 11, 2015 12:00 am
Cuba has allowed a religious sanctuary to be constructed in the western province of Pinar del Rio for the first time in 56 years. The Catholic Church will be the first sanctuary since the 1959 revolution and its construction has raised expectations that a mosque and synagogue will be built once construction is completed.

The U.S. will reportedly cover the expenses of the building of the church, which will be built in Santino town. The bishop of Pinar del Rio has said that the church will be named "Parroquia del Sagrado Corazón de Jesus" and will cover 200 square meters.

Around 36,000 people live in the town, in which there is also a school of medicine where more than 4,000 foreigners study, many of whom are practicing Catholics. Bishop Serpa said that they had asked Cuban authorities to build the church because "first, because it was needed by the faithful of Sandino, and was also a commitment to those students."

Cuban media have written that other religious sanctuaries may also be built after the church, which is a historic statement after 56 years.

There have been religious demands made by Turkey, Russia and Israel in the past and Cuba is expected to prioritize the wishes of these countries. During his Latin America visit, President Erdoğan talked to Prime Minister Raul Castro about his desire to build a mosque in Cuba and he stated that Castro was in favor of the mosque project.
Last Update: Mar 11, 2015 4:56 pm
RELATED TOPICS