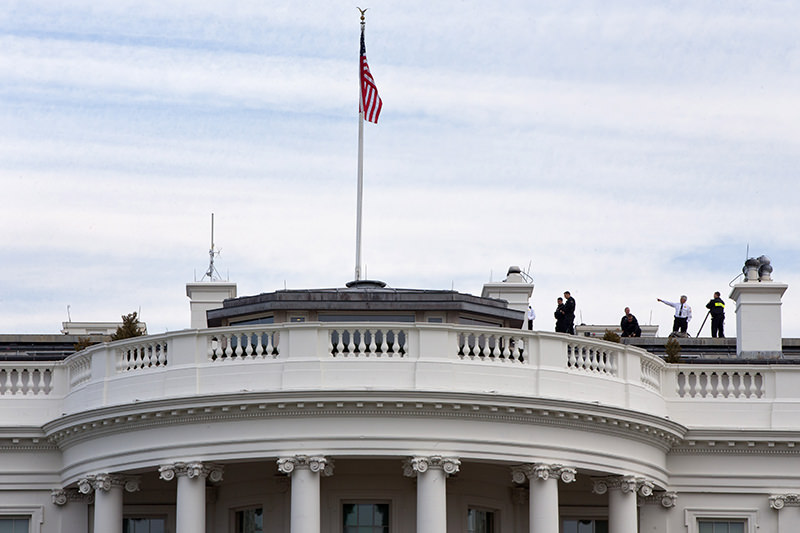 | Photo Credit: AP
by Mar 18, 2015 12:00 am
The White House this week was sent a letter that tested positive for cyanide, US media reported on Tuesday, in yet another piece of bad news for the Secret Service.

"On Monday 3/16/15, an envelope was received at the White House Mail Screening Facility. Initial Biological testing was negative; however, on 03/17/15, the chemical testing returned a presumptive positive for cyanide," Secret Service spokesman Brian Leary said in a statement on CNN. "The sample was transported to another facility to confirm the results."

Because an investigation is under way, the Secret Service had no additional comment, Leary was quoted as saying.

There were no injuries or exposure concerns for the person at the mail-sorting facility who opened the letter, an unidentified law enforcement official told CNN.

It was just the latest incident to hit the Secret Service, which has been rocked by scandals.

Just hours before, the US Secret Service director admitted to Congress that his agents often drink, even as he sought funding to build a life-size mock-up of the White House to improve training.

Joseph Clancy, the tarnished agency's new boss, was grilled by lawmakers outraged over its latest embarrassing security lapse, in which two senior agents drove into White House barricades March 4 after a night of boozing, but were not detained or given breathalyzer tests.

The incident marked the latest of several missteps by the agency, which protects the president and other dignitaries, including a major security breach last September when an intruder barged into the White House wielding a knife.

The revelations infuriated some members of Congress, already frustrated by Secret Service shortcomings including hard-partying overseas incidents like the one in Cartagena, Colombia in 2012, when a dozen agents were caught soliciting prostitutes.