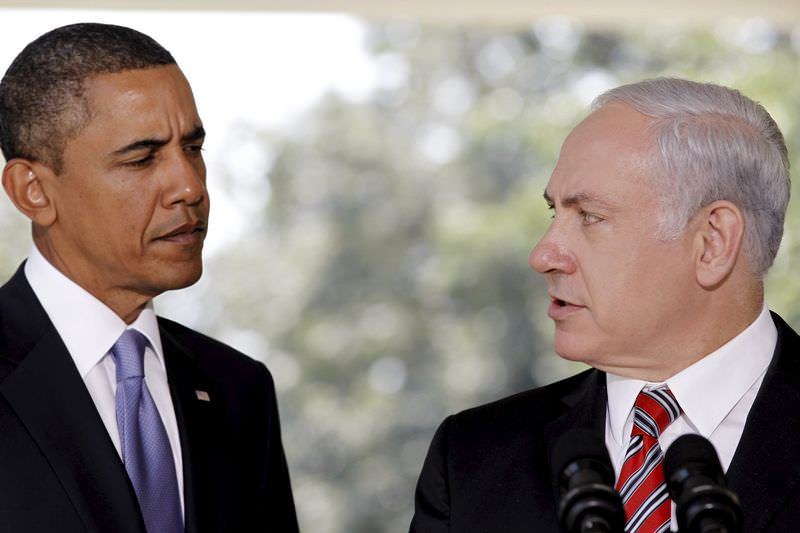 | Photo: Reuters
by Mar 23, 2015 12:00 am
The White House on Monday bluntly warned Israel that its occupation of Palestinian land must end, dismissing Prime Minister Benjamin Netanyahu's efforts to take back controversial campaign pledges.

In unusually tough language that underscores the fracture in relations between Washington and Israel, White House Chief of Staff Denis McDonough said "an occupation that has lasted for almost 50 years must end."

McDonough criticized Netanyahu's pre-election pledge to block the creation of a Palestinian state - the supposed end goal of decades of fruitless peace talks - and he questioned Netanyahu's efforts to undo the damage.

"We cannot simply pretend that those comments were never made, or that they don't raise questions about the Prime Minister's commitment to achieving peace through direct negotiations," he said.

"The Palestinian people must have the right to live in and govern themselves in their own sovereign state," he added.

McDonough is one of President Barack Obama's closest advisors, and his speech to the liberal pro-Israel lobby group J Street was followed closely in Washington.

Netanyahu's pledge deepened a long-running disagreement with Obama but his top aide said, the row was not based on "personal pique."

"America's commitment to a two-state solution is fundamental to US foreign policy," McDonough said. "It's been the goal of both Republican and Democratic presidents, and it remains our goal today."

On Monday, Netanyahu apologized for election day comments claiming Arabs were voting in "droves," comments which also brought US criticism.

He has also tried to downplay his pledge to oppose a two-state solution, insisting Israel's policy has not changed.
Last Update: Mar 24, 2015 10:03 am
RELATED TOPICS