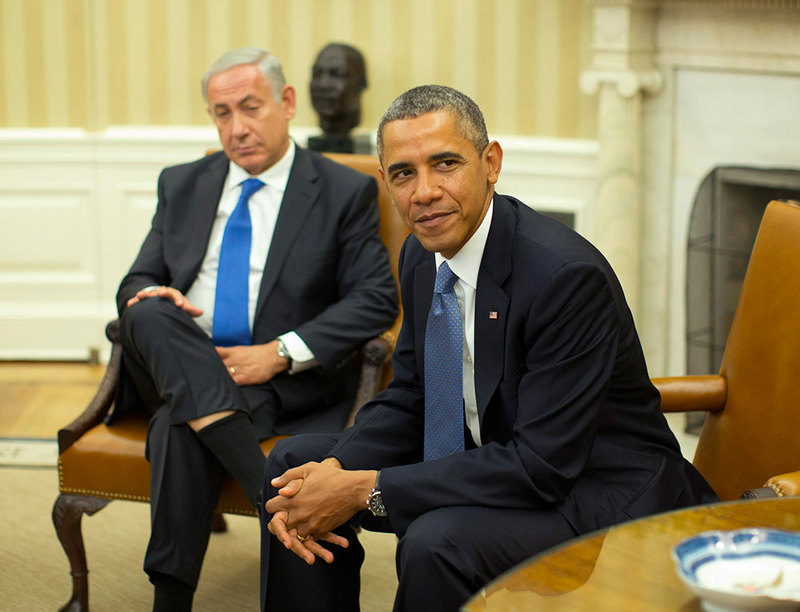 |Photo: Reuters
by Daily Sabah with Agencies Mar 24, 2015 12:00 am
US President Barack Obama said on Tuesday that his disagreement with Israel's Prime Minister Benjamin Netanyahu over how to pursue a Middle East peace deal was substantive, not personal.

An unconvinced President Barack Obama said on Tuesday that Israeli Prime Minister Benjamin Netanyahu's efforts to clarify pre-election statements rejecting creation of a Palestinian state still do not appear to advance the prospect of a two-state solution to Mideast peace.

Obama said he still takes Netanyahu at his word for comments the Israeli leader made just ahead of the Israeli elections last week that a Palestinian state would not be created while he was prime minister.

He acknowledged that Netanyahu later pointed out that he did not say a Palestinian state would "never" be created. "But, of course, the conditions were such that they would be impossible to meet any time soon," Obama said.

The friction between the two leaders over the two-state solution issue come on the heels of bitter disagreements over the U.S. role in international negotiations with Iran over its nuclear program. Netanyahu has decried the talks, saying they are leading to a deal that would place Israel at risk. Obama has said the deal would only be finalized if it increases security for the U.S., Israel and the region.

Obama noted a tendency in reporting to frame the current dispute as a personal issue between Netanyahu and Obama. He said he has a "businesslike" relationship with Netanyahu, and has met with him more than any other world leader.

"So the issue is not a matter of relations between leaders. The issue is a very clear substantive challenge," Obama said. "This can't be reduced to a matter of somehow let's hold hands and sing kumbaya."

Obama says no one has envisioned the creation of a Palestinian state "overnight." But he said the goal is to give Palestinians hope for a secure state adjoining Israel.

"It's hard to envision how that happens based on the prime minister's statements," Obama said.

"What we can't do is pretend that there's a possibility of something that's not there," he added.