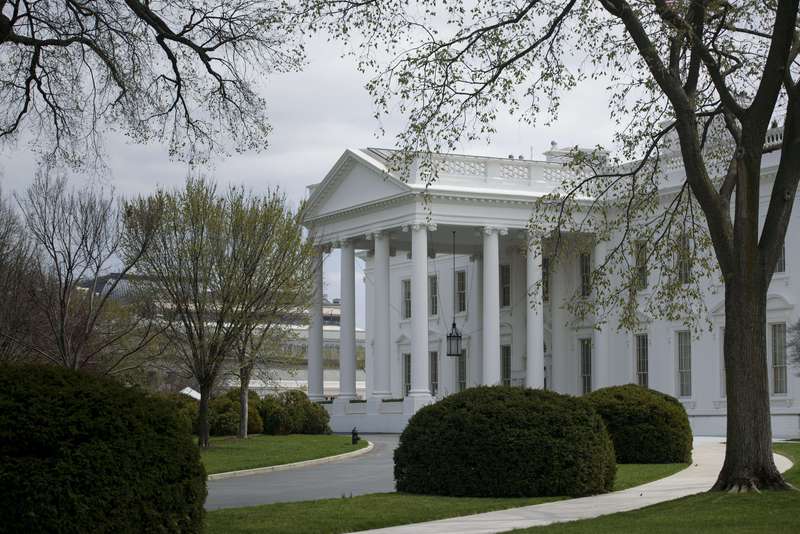 |AFP Photo
by Compiled from Wire Services Apr 07, 2015 12:00 am
Widespread power outages in the U.S. capital and its suburbs on Tuesday cut electricity to a number of government buildings, including the White House and State Department, and at several of the Smithsonian museums.

The "power outage [is] affecting many parts of the city, and it affected the White House complex. We were on a backup generator and now we are back on normal power," a White House spokesman said.

The State Department's daily news briefing was suspended after power was lost. A department announcement said State and other nearby buildings were affected because electricity feeders were down.

There was no indication of terrorism in the outage, U.S. government officials told Reuters on condition of anonymity.

A U.S. official said the White House was without power for a few minutes. That daily press briefing was delayed because of the outage.

Some subway stations were running on backup power, according to the Washington Metropolitan Area Transit Authority. The Smithsonian Institution said four museums, including the National Air and Space Museum, had been evacuated.

The power went out during the daily State Department briefing as spokesperson Marie Harf was forced to conduct the press conference using light from a cell phone to answer questions from reporters. The briefing was later suspended altogether.

Power company Pepco Holdings Inc was not immediately available for comment. The company's website showed up to 81 customers without power in the District of Columbia, and other outages in the Maryland suburbs.

Wallace Loh, president of the University of Maryland, tweeted: "There is a problem with the electric feed to campus. PEPCO is working to restore the power."

Power outages are not uncommon in the nation's capital, with major weather events regularly causing power service disruptions in parts of D.C.

But beyond Washington's electric grid, roadways and bridges in the district and neighboring communities are in dire need of repair, and in some cases, drastic overhaul.

Of the district's 252 bridges, 21 are structurally deficient, and 159 are functionally obsolete, according to the latest report by the American Society of Civil Engineers. The 2013 report found 95 percent of the district's major roads are in poor condition, costing motorists an estimated $425 million per year.

That's only in D.C., but similar trends are apparent across the U.S.

At the Pentagon, Adm. William Gortney, Commander of North American Aerospace Defense, addressed Tuesday's outage by highlighting the tenuous state of infrastructure across the country.

"Building a world-class transportation system is one of the reasons America became an economic superpower in the first place. But over the past 50 years, as a share of our economy, our investment in transportation has shrunk by 50 percent," Obama said during a speech in New York last May to draw attention to the issue of infrastructure.

"We shouldn't watch the top-rated airports and seaports or the fastest rail lines or fastest Internet networks get built somewhere else-they need to be built right here in New York, right here in the United States," he added.

National funding levels need to rise to roughly $3.6 trillion from current projected spending levels of roughly $2 trillion by 2020 just to maintain existing infrastructure, according to the American Society of Civil Engineers.

Of the $1.6 trillion spending gap, more than half-$846 billion-is in surface transportation alone, the association noted.

"We have aging infrastructure. We have, as a nation, been underinvesting in our nation's infrastructure for quite some time, and as a result we're going to see more of these types of things occur if we don't start moving that needle and changing the trend of infrastructure investment," Pallasch said, referring to Tuesday's power outage. "We have not spent enough time remembering, if you will, that this is an investment that we've made."

While Washington does have a role to play in remedying the budget shortfalls that further imperil dated infrastructure, state and local governments must also increase their investments alongside private businesses, Pallasch said.

The federal government pays just less than half of capital costs for surface transportation, and state and local governments are responsible for the bulk of costs associated with the electric grid and water infrastructure.

"There is a sharing of the responsibility to address that $1.6 trillion. The federal government clearly needs to step up, and do more," Pallasch said.