The US President Obama: I cry a few times a day 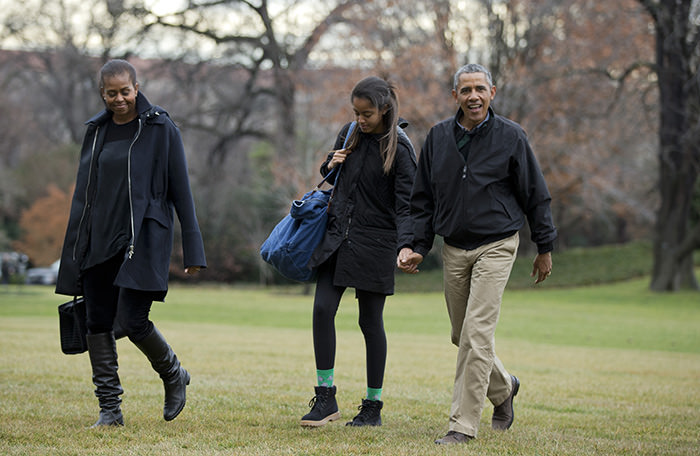 |AP Photo
by daily sabah Apr 09, 2015 12:00 am
The President of United States, Barack Obama, has expressed his love for his two young daughters, Malia, 16, and Sasha, 13, during the Easter dinner organized at the White House last week. He revealed that the thought of Malia heading off to college makes him cry several times a day.

In addition to his schedule being overloaded with both domestic and international issues, family matters are also added to Obama's plate.

"I start tearing up in the middle of the day and I can't explain it, why am I so sad? They're leaving me," the U.S. President told those present at the Easter prayer breakfast on Tuesday. The fake quiver in Obama's voice made the crowd laugh.

Malia, who will leave for college soon, has caused Obama to show symptoms of 'empty nest syndrome', a non-clinical condition affecting parents, causing them to feel lonely when their children leave home for the first time to go to college or university.

"I want to thank everybody here for their prayers, which means so much to me and Michelle, particularly at a time when my daughters are starting to grow up and starting to go on college visits," Obama said, asking those present at dinner to support him when his daughters leave for college.