Hillary Clinton to announce US presidential bid on Sunday 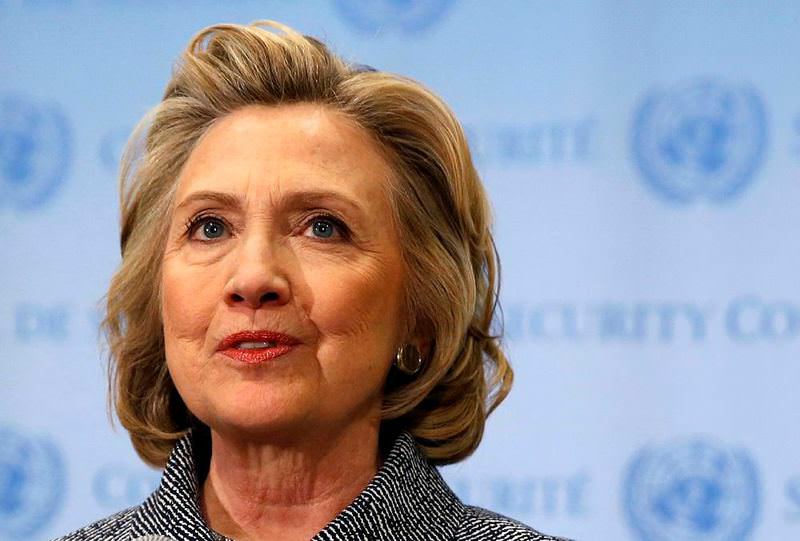 by Associated Press Apr 10, 2015 12:00 am
Hillary Rodham Clinton will end months of speculation about her political future and launch her long-awaited 2016 presidential campaign on Sunday, according to people familiar with her plans.

The former secretary of state will be making her second bid for president and will enter the race in a strong position to succeed her rival from the 2008 Democratic primary, President Barack Obama. If elected, she would be the nation's first female president.

The first official word that Clinton will seek the Democratic Party's nomination will come via an online video posted on social media. She'll then make stops in key early voting states, including Iowa and New Hampshire, where she'll hold small events with voters.

One Democrat familiar with campaign rollout said Clinton's stops would include visits to people's homes in those early states.

The people familiar with Clinton's plans spoke on condition of anonymity because they were not authorized to discuss them publicly.

Clinton appears unlikely to face a stiff primary opponent, though a handful of lower-profile Democrats have said they are considering their own campaigns.

Should she win the nomination, the former first lady would face the winner of a Republican primary season that could feature as many as two dozen candidates. Among them, Republican Sen. Marco Rubio of Florida is expected to formally announce his campaign in Miami on Monday a day after Clinton's announcement on social media. Former Florida Gov. Jeb Bush, the son and brother of two former presidents, and Wisconsin Gov. Scott Walker are also expected to enter the race, with both considered early front-runners.

Clinton will return to politics following a two-year leave from government.

Republicans have been preparing for a second Clinton campaign since she left Obama's administration in early 2013. They intend to campaign against her by equating her potential presidency to that of a "third" Obama term, during which they argue she would continue his most unpopular policies.

Clinton's announcement was preceded by withering criticism over her use of a personal email account and server while she was secretary of state, as well as the Clinton Foundation's acceptance of donations from foreign governments.

She said at a news conference last month she used the personal email account for convenience. Republicans running a select congressional committee reviewing the 2012 attack on a U.S. facility in Benghazi, Libya, which took place during Clinton's tenure at the State Department, are investigating her decision to delete thousands of emails she has deemed personal in nature.

By campaigning heavily in Iowa and New Hampshire, Clinton hopes to avoid making the same stumbles against Obama as she did in the 2008 Iowa caucuses that kick off the state-by-state nomination process. Obama won the caucuses in an upset, his first victory of a historic campaign that made him America's first black president.

Clinton also sees such campaigning as a way not take for granted her formidable position in the Democratic field.

Clinton's race is expected to cost more than the $1 billion Obama raised for his 2012 re-election, and aides have said she is expected to focus heavily on online fundraising. Her campaign will be required to release its first fundraising report in July and it will be closely examined to measure the strength of her support.