US community college on lock down, fatal shooting reported 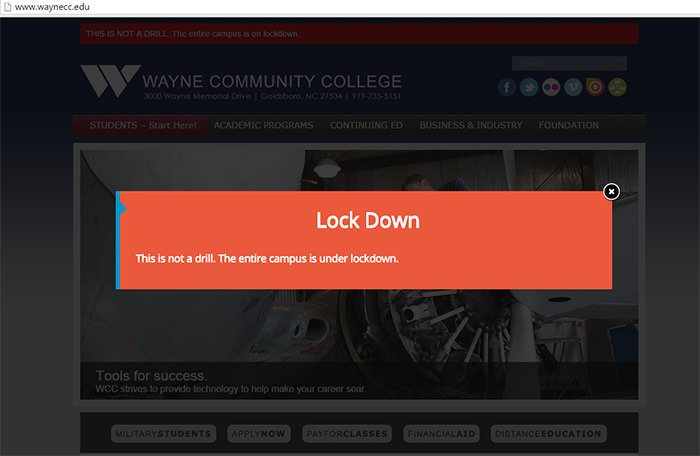 The 20-year-old former student sought in the fatal shooting of an employee at a North Carolina community college was arrested on Tuesday after being found sleeping on a beach in Florida, police said.

Wiggins told CNN that multiple law enforcement agencies were at the site. The motive for the shooting was not known and it was not clear if there were other victims.

"This is not a drill," the college said on its website. "The entire campus is on lock down."