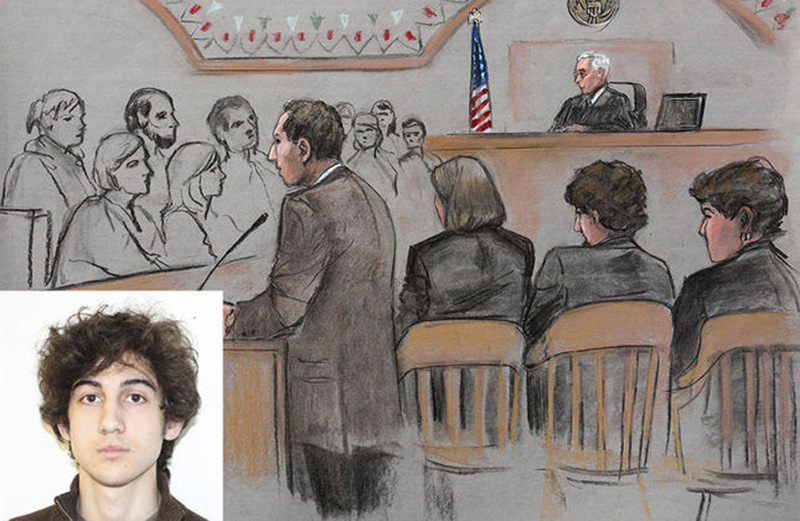 The same federal jury that earlier this year found Tsarnaev guilty of killing four people and injuring 264 in the bombing and its aftermath voted in May to sentence him to death by lethal injection. U.S. District Judge George O'Toole will order the punishment on Wednesday.

The trial of Tsarnaev, 21, stirred some of Boston's darkest living memories. Jurors saw videos of the twin pressure-cooker bombs' blinding flashes and the chaotic aftermath as first responders and spectators rushed to aid the wounded, many of whom lost legs.

The court also heard testimony from the families of the slain, including the fathers of Martin Richard, 8, and Krystle Campbell, 29; an aunt of Lingzi Lu, 23; and the brother of Massachusetts Institute of Technology police officer Sean Collier, 26, whom Tsarnaev and his 26-year-old brother, Tamerlan, shot dead three days after the bombing.

During the trial, victims who were questioned by federal prosecutors were limited to discussing the facts of the case. Wednesday's victim impact statements will allow them more leeway to discuss the bombing's toll on their lives.

Tsarnaev's lawyers admitted their client had played a role in the attack but tried to portray him as the junior partner in a scheme hatched and driven by his older brother. The Tsarnaev family came to the United States from Russia a decade before the attack.

Tsarnaev is expected to appeal.

Wednesday's hearing will also bring statements from some of the 17 people who lost legs in the attack, some of whom testified during the trial that they had expected to die from their gruesome injuries.

Tsarnaev, who did not testify in his own defense during the trial, will be able to speak but does not have to do so.

Even after the sentencing, the legal wrangling over Tsarnaev's fate could play out over years, if not decades. Just three of the 74 people sentenced to death in the United States for federal crimes since 1998 have been executed.
Last Update: Jun 24, 2015 5:00 pm
RELATED TOPICS