US Congress passes key trade bill in victory for Obama 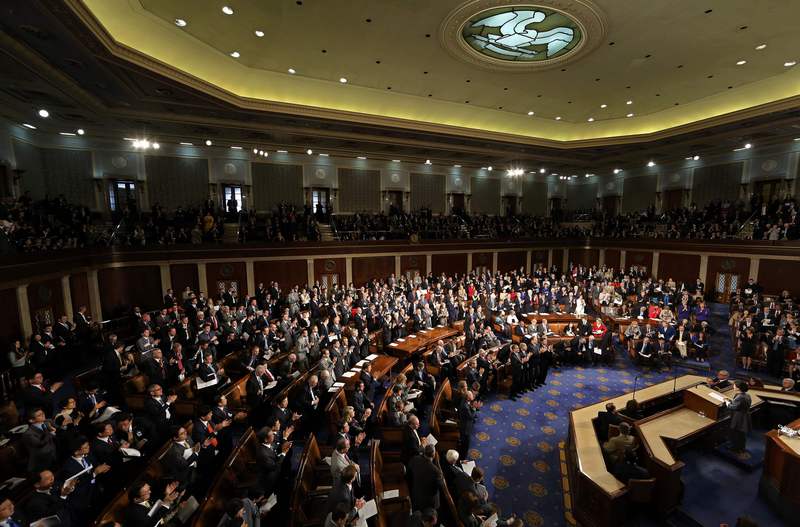 by Daily Sabah with Wires Jun 25, 2015 12:00 am
After weeks of political wrangling President Barack Obama scored a key victory on Wednesday with Congress passing legislation that allows him to swiftly negotiate a Pacific trade accord.

Obama relied on a majority of Republicans to get the measure, which passed the House of Representatives last week, across the finish line with a vote of 60 to 38 in the Senate.

The so-called trade promotion authority expands Obama's powers to negotiate the Trans-Pacific Partnership and other trade deals and present them to Congress for an up-or-down vote, without lawmakers able to pick apart the accord.

Fifteen pro-trade Democrats joined all but five Republicans in supporting the measure.

The Senate is also voting Wednesday on a bill that reinstates a worker aid program known as Trade Adjustment Assistance (TAA), which helps American workers displaced by globalization, and on trade benefits for developing nations, mainly in Africa.

The TAA measure still requires passage by the House, where its fate is uncertain because several Democrats may choose to oppose a program they support because it is linked to the TPA measure.

"Achieving this positive outcome was never going to be easy, but it proves that the power of a good idea, no matter where it comes from, can win out over the stasis of gridlock," he said.
RELATED TOPICS