US plans to welcome transgender persons to serve in military 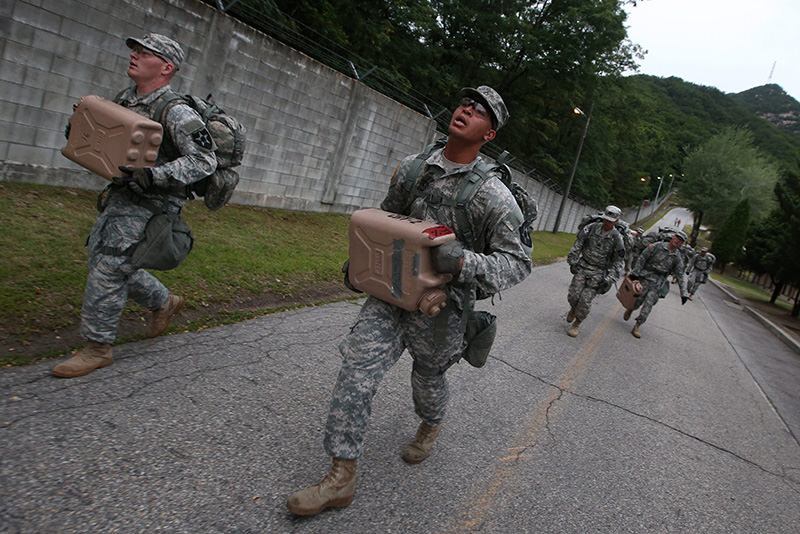 Soldiers from the US Amy 2nd Infantry Division of the 23rd Chemical Battalion compete in a contest at Camp Stanlley, Uijeongbu-si, Gyeonggi-do, South Korea, 08 July 2015 (EPA Photo)
by Anadolu Agency Jul 14, 2015 12:00 am
The head of the U.S. military announced a plan Monday to study the consequences of allowing transgendered persons to serve in the armed forces.
The study could lift the ban on transgender persons serving in the U.S. military.

Defense chief Ash Carter said he will lead a team comprised of all branches of the military to "study the policy and readiness implications of welcoming transgender persons to serve openly in the military," according to a memo by the secretary.

Adding that anyone who wanted to serve must have "the full and equal opportunity to do so," Carter highlighted that all personnel must be treated with dignity and respect.

"The most important qualification for service members should be whether they're able and willing to do their job," he said.

The Secretary also stressed that Defense Department's current regulations regarding transgender service members are outdated as they are "causing uncertainty that distracts commanders" from their core missions.